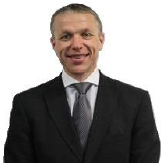 As the Scottish Government's Chief Financial Officer, it is my responsibility to oversee the processes that produce the consolidated accounts for the Scottish Government. I am supported by a highly performing team of finance professionals and advise Scottish Ministers in their financial decision-making to secure the regularity, propriety and value for money of the funds provided by taxpayers to deliver devolved government in Scotland.

I am pleased to introduce these accounts for financial year 2018-19, which are an important part of the reporting and transparency arrangements on the stewardship of the whole Scottish Budget approved by the Scottish Parliament. The accounts cover the bodies within the accounting boundary as defined within the introduction, and present the financial outturn compared to the spending plans of Scottish Ministers for those elements for the financial year 2018-19 authorised by the Budget (Scotland) Act 2018. They are prepared in accordance with international financial reporting standards and related accounting guidance.

The fiscal climate has changed very significantly in recent years. New financial powers and new approaches to policy delivery, including specific interventions in the private sector, have together resulted in consolidated accounts that are both significantly more complex and wide-ranging than when the Scottish Government was first established.

The accounts are not a Ministerial document: it is the Principal Accountable Officer's responsibility to produce them and a primary purpose, as noted above, is to report on the stewardship of the sums authorised. I am pleased that the Auditor General's opinion is, once again, unqualified.

These accounts are not, however, the full picture of the fiscal activity of Scottish Ministers. The Scottish Government's financial reporting outputs continue to develop alongside increasing fiscal responsibility and also now include:

These accounts also explain the context in which these accounts sit with the National Performance Framework and provide links to additional sources of reporting and disclosure and therefore do not repeat more specific performance information that can be found in the stand-alone accounts of delivery bodies within the consolidation boundary.

I hope users of these accounts will find them to be an extensive and useful tool for information and scrutiny.