The Marine (Scotland) Act 2010 introduces integrated management of Scotland's seas. The creation of a National Marine Plan, as required by the Act, sets the wider context for planning within Scotland including what should be considered when creating regional marine plans. Eleven Scottish Marine Regions have been created under the Act (see Figure 4) which cover sea areas extending out to 12 nautical miles.

under the Act. These regional data are presented in Appendix 3. In order to maintain commercial confidentiality salmon production figures for Argyll & Clyde and the North Coast & West Highlands have been merged. Other finfish species including brown/sea trout, rainbow trout, cod, halibut and cleaner fish were produced, however these figures cannot be attributed to Scottish Marine Regions due to commercial confidentiality. 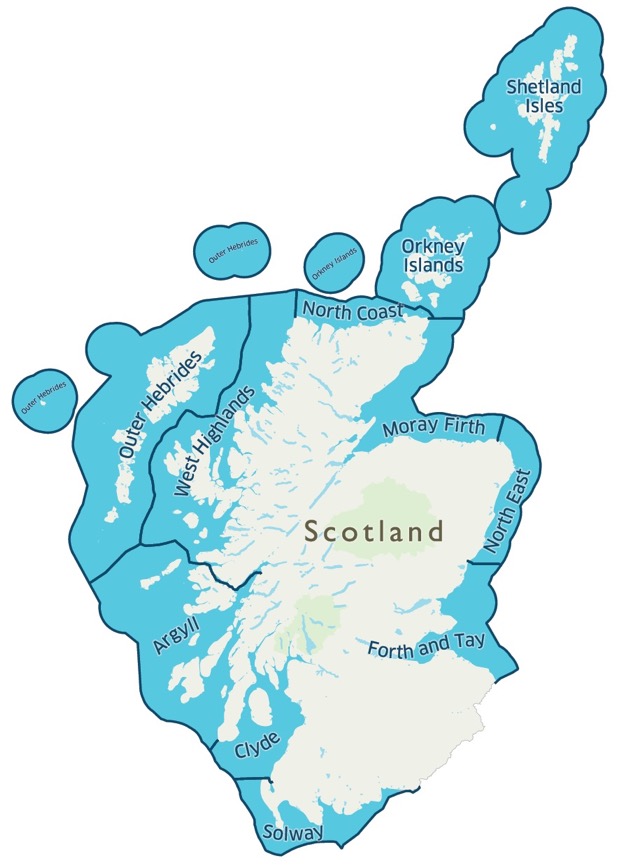