3.1 The underlying principle of measuring recidivism is that someone who has received some form of criminal justice sanction (such as a community sentence or a fine) goes on to commit another offence within a set time period. In this case, the cohort of interest consists of offenders who have been released from a custodial sentence or received a non-custodial sentence during the period (see Section 12.2 for more details).

3.2 Scotland’s criminal justice system is complex and many different outcomes and interventions are possible at each stage of the offenders journey. The complexity of this system is summarised in the Audit Scotland report (An Overview of Scotland’s criminal justice system) and is shown in Chart 2. It points out that not all offences reported to the police result in a conviction, and reoffending (measured at the start of the process) is not the same thing as reconviction (produced right at the end of the criminal justice process). The latter can be affected by many different variables that are not necessarily related to the incidence of crime (National Audit Office 2012 Comparing International Criminal Justice Systems, Briefing for the House of Commons Justice Committee). 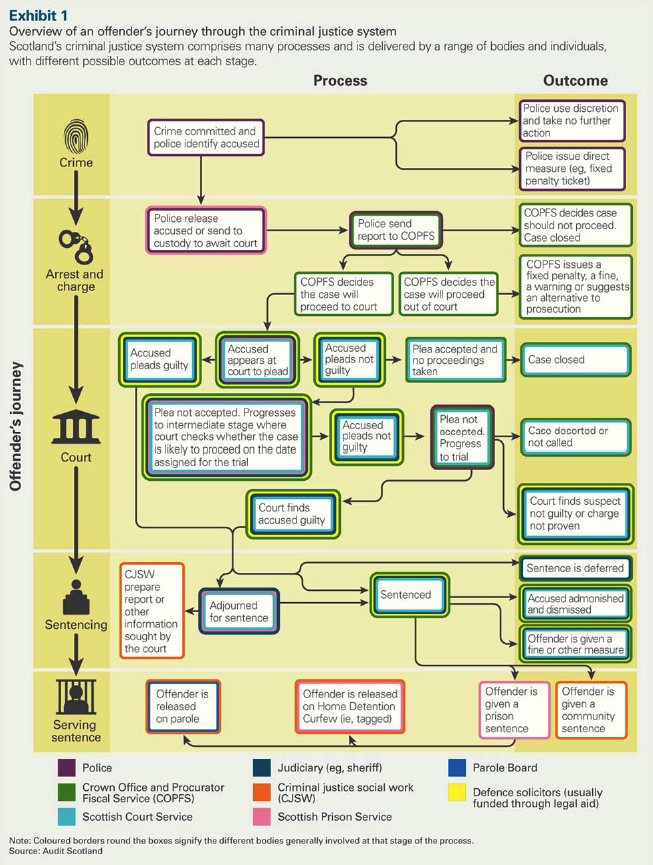