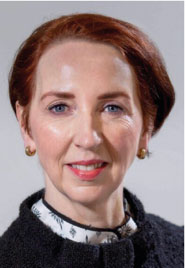 Suicide prevention in Scotland is characterised by strong relationships between national and local organisations, between the public sector and the third sector, between national government and local authorities. These relationships have achieved much, yet everyone we have met over the last year has told us there is still more to be done, particularly in reducing stigma about suicide. And everyone is mindful that, while a single year's data must not be taken in isolation, the number of people who tragically lost their lives to suicide increased between 2017 and 2018 in Scotland, as it did in England and Wales.

In making our first annual report and recommendations to Scottish Government and to COSLA, we are clear that no single sector or organisation can deliver Every Life Matters alone. In raising public awareness about suicide we must all work to create a movement in which suicide is no longer stigmatised and suicide prevention is everyone's business. We believe that we must continue to take a public health approach to suicide prevention in Scotland and we look forward to the professional energy and opportunity that the creation of Public Health Scotland will bring to this work. We commit to working closely with this new body as we do with all those who deliver on the ambition of Every Life Matters.

We know that it is an immense honour and responsibility to be part of the National Suicide Prevention Leadership Group. We will continue to work towards a Scotland where suicide is preventable; where help and support is available to anyone contemplating suicide and to those who have lost a loved one to suicide. We will work to remove the stigma which prevents people asking for help, and also to empower people to give that help when it is needed.

Because every life matters. 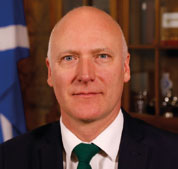 We believe that no death by suicide should be regarded as acceptable or inevitable and the Scottish Government is clear that we, as a country, have far more to do in terms of raising awareness of suicide prevention and reducing the rate of deaths by suicide. The stigma that surrounds suicide often stops us from seeking help and from feeling that we can help others. It is a powerful message that if we can ask, and tell, about suicide, we can save lives.

I very much welcome the first annual report from Scotland's National Suicide Prevention Leadership Group and the way that they have put the voices of people with direct experience at the centre of their work. I also welcome the important recommendations they have made which identify key areas that should be taken forward to work toward the vision of our Suicide Prevention Action Plan, Every Life Matters.

I continue to fully support the Group and look forward to the work they, and key partners, will be taking forward over the next year. We all have a part to play in helping to prevent suicide." 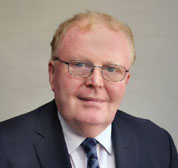 The Suicide Prevention Leadership Group have achieved a great deal in their first year and we now understand a great deal more than we did at the launch of the Suicide Prevention Action Plan last year. The Group explored what activity is taking place locally throughout the country and identified some best practice indicators that will now be the cornerstone of Scottish specific guidance for all organisations and bodies tasked with the delivery of public services in our country. This work is an insight into what can be achieved when partners across all sectors work together and is a timely reminder of the value of the new body Public Health Scotland which will become operational during the next year. Suicide Prevention is of utmost importance to Scotland's Councils as we deliver the preventative and person-centred services that can and do make the difference when people feel isolated or frightened. However, we want to do more, and we look forward to working with the Group as we explore what makes a practical difference to people and communities locally.

In addition to the research and exploratory work in their first year, we have also seen the launch of useful, accessible animations – "Ask, Tell, Save a Life". These animations were welcomed by COSLA Leaders earlier this year and a commitment given that they would be shown to all local authority employees in Scotland – recognising that many of our employees can provide direct and immediate support to a suicidal person - as well as ensuring that we support our 250,000+ workforce in their own mental health and wellbeing.

I wholeheartedly welcome the recommendations of the Group and I look forward to the year ahead as the Group now focus on practical support for people in all our communities who are feeling suicidal or who have been affected by suicide. This work has been and continues to be some of the most important work we have underway at the moment in Scotland.