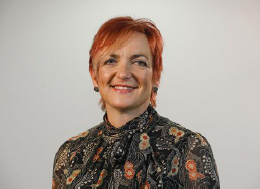 Since 2010, successive UK Governments have introduced a raft of welfare changes in pursuit of their austerity approach to deficit reduction. As this report shows, these changes have targeted people on low incomes across Scotland, with families with children the hardest hit.

The scale of the cuts is deeply troubling. UK Government changes are expected to reduce welfare spending in Scotland by nearly £4 billion a year by the end of this decade. And almost £1 billion of this will be a direct result of cuts imposed since 2015. Hundreds of thousands of people in communities across Scotland will have lost some financial support. It makes little economic sense to take money and support from struggling households – causing significant individual and family hardship and stacking up more problems that need to be addressed through other services. It means that support has to be provided via another route or we have to invest in emergency and crisis-management, which is so much more costly – in a range of ways - than preventative approaches.

The scale of the cuts is a serious concern and just as troubling is how the cuts have been timed and implemented. The four year freeze to working age benefits, for example, comes at a time when sustained increases in the cost of living are expected. This is on top of the introduction of a cap on the amount of benefits a family can receive, which has now been lowered even for lone parents with very young children – a policy that a recent High Court judgment said was causing "real misery" to lone parents'. And then there's the two child limit for tax credits penalising larger families, alongside the despicable 'rape clause'. The cuts make little economic sense and they make no moral sense whatsoever. These are clearly political choices by the UK government in pursuit of a policy of cuts, regardless of the emerging state of the economy or the impact on individuals and communities.

This report shows the stark reality of welfare cuts for different family types across Scotland, looking behind the averages at the specific impact in hypothetical case studies and drawing upon emerging evidence of real examples of families affected by these policies, identified with the help of Child Poverty Action Group. This analysis also highlights that in some cases, even moving into employment might not be enough to compensate for the scale of welfare cuts that are coming down the line. Indeed, the most recent statistics show that 7 in 10 children in poverty are living in working households. Recent analysis by the Institute of Fiscal Studies has shown that these UK government welfare policies will cut, on average, more than 10% from the incomes of poorer families with children.

There is too a growing body of hard evidence that the rollout of full service Universal Credit, in particular the in-built 6 week wait for the first payment, is causing additional and unacceptable levels of anxiety, hardship and rent arrears. We have repeatedly called on the UK Government to halt the rollout until these problems are resolved but so far they are simply not listening. With Scotland's local authorities, the recent damning reports from Citizen's Advice Scotland and others, we will continue to press the UK government to take the sensible step of pausing their roll-out and fixing the well evidenced problems, rather than carrying on regardless and imposing a broken system on more and more people with all the damage that is causing.

In the years 2013/14 to 2016/17, we have invested over £350 million to support low income families and mitigate against the worst of the damage done by UK Government reforms. This includes fully mitigating the Bedroom Tax - ensuring more than 70,000 households save around £650 per year on average and are able to stay in their own home - and helping 254,000 individual households, a third of which include children, through the Scottish Welfare Fund.

But mitigation on its own, though it provides vital relief to those worst affected, is simply a sticking plaster on the chasm of damage being done to our fellow citizens by the UK government. And every penny we spend on mitigation is money we can't then use to invest in tackling poverty and other services.

In Scotland, we are taking a very different approach from that of the UK government. Our new social security system will be rights based and at its core, the firm belief that it represents an investment made in ourselves and in each other with the founding principles of dignity and respect to guide us. To help parents with financial and practical support in the early years of their children's lives, we are increasing free childcare, introducing a new Best Start Grant, universal free school meals for P1-3, and delivery of the Baby Box of essential items is already underway. And, while the UK Government has scrapped its targets to reduce child poverty, we have responded by making those targets stronger and reintroducing them to the Scottish Parliament, determined as we are to eradicate child poverty once and for all.

The UK Government must end its ideologically-driven assault on those least able to cope. Our collective ambition must surely be for families to bring up their children successfully so they can thrive – because it's in the best interests of our economy, our society and our country that they can do so. We must do all we can to help – and, in Scotland, we will.