Barley is the predominant cereal crop grown in Scotland, contributing about a quarter of the UK barley production, particularly spring barley which accounted for about a third of the UK total. Despite a strong association with the Scottish whisky industry, as a key ingredient, Scottish barley is also used as animal feed.

The area of spring barley varies considerably depending on the planting of winter crops, but in 2017 the figure of 244,000 hectares was below average. The average yield for spring barley in 2017 has been estimated at 5.9 tonnes per hectare, the fifth highest on record.

Changes in spring barley production between 2016 and 2017 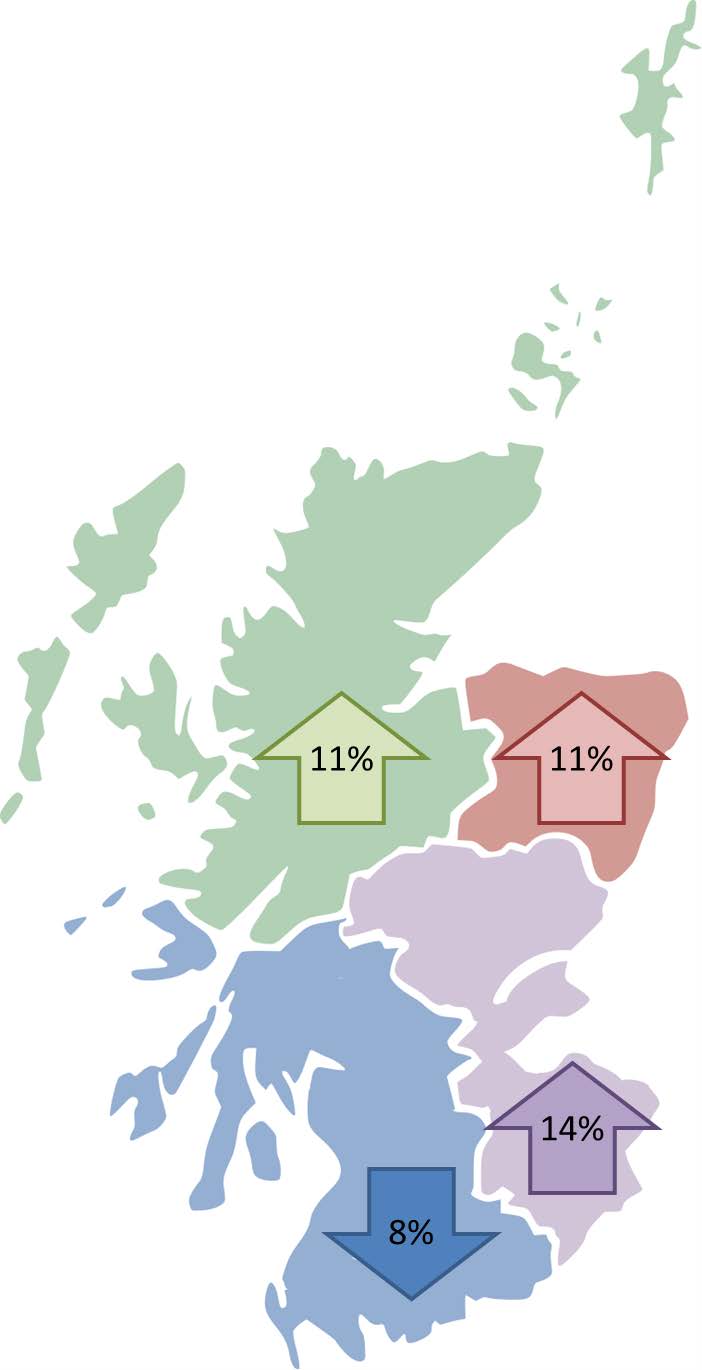 The longer term trend in yield is an increasing one, with the average over the most recent decade five per cent higher than over the previous 10 years.

2017 production is estimated to have increased by seven per cent to 352,000 tonnes. This year's estimated increase has been driven by an eight per cent increase in yield, with a one per cent reduction in area.

Winter barley yields have fluctuated considerably in recent years, often affected by the weather. However, the recent ten-year average is three per cent higher than that of the previous decade. The average yield for winter barley in 2017 is estimated at 7.4 tonnes per hectare, above average for the last ten years.