Yields have generally been revised downwards since the release of initial estimates in early October. Yields for oilseed have been revised slightly upwards.

This year the revision to overall cereal yield was higher than normal, at seven per cent. Discussions which produced the initial estimates occurred at the end of September, and were based on data from about 250 farms. While these farmers had been affected by the wet weather, they had nevertheless been able to find windows of a dry few days to get the harvest in. For many of them, yields had been exceptionally high, which led to the very positive initial estimates.

However, it seems that as the harvest continued it became increasingly difficult to find those windows of opportunity, and so much of the later crop was spoiled.

Barley estimates were five per cent out, but wheat production was considerably poorer than initially estimated, with a ten per cent difference. As frequently occurs due to the smaller numbers involved, the estimate for oats differed markedly, this year by 15 per cent. 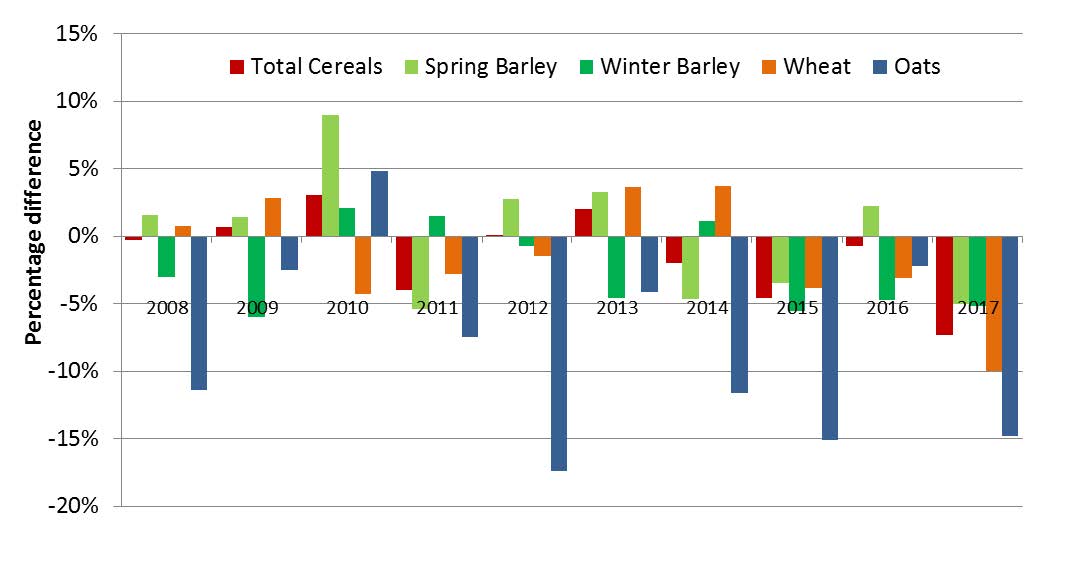 Global supply of cereals is set to surpass 2.6 billion tonnes, according to the Food and Agriculture Organization of the UN[1], with total supplies exceeding projected demand and stocks on the rise.