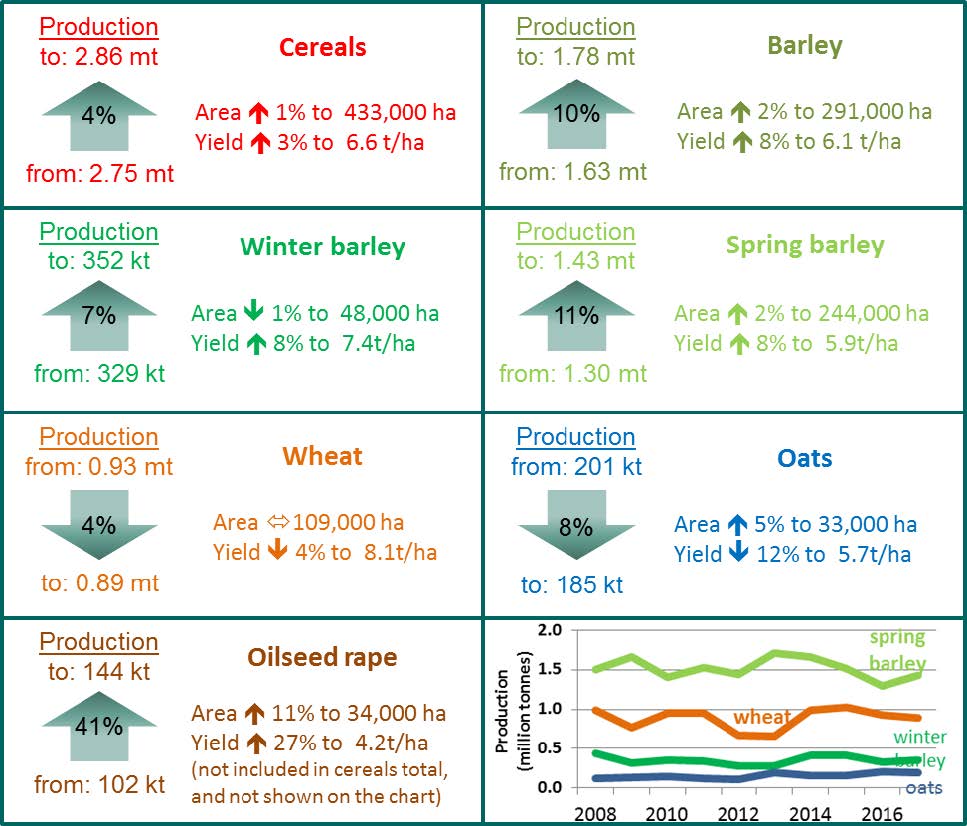 Cereal and oilseed rape crop areas represent the amount of area that has been used to grow a particular crop, which is intended for combine-harvesting and the production of grain or oilseeds. Area estimates are derived from the June Agricultural Census. "Whole crop" cereals are harvested without extracting the grain, and are used as a source of animal feed; in such cases grain production is counted as zero.

Average yields are expressed in tonnes per hectare and represent the amount of cereal grain or oilseed that is extracted from one hectare of combine-harvested area. As the moisture content of cereals and oilseeds can vary from year-to-year and farm-to-farm, depending on the level of rainfall, average yields are adjusted to a standard moisture content of 14.5 per cent for cereals and nine per cent for oilseeds. This adjustment ensures there is consistency in estimates of the amount of dry matter which can be extracted from cereal grain and oilseeds.

Production estimates are derived by multiplying crop areas (in hectares) and average yields (in tonnes per hectare). They represent the total tonnage of cereal grain and oilseed that is combine-harvested from the planted area. This tonnage does not include the weight of straw and other plant material which is produced as a by-product and used for other purposes.

Production of winter and spring barley, and oilseed, is up on 2016, while that for wheat and oats declined.

Total cereal production in 2017 was one per cent lower than the average for the decade. The recent 10-year average yield is seven per cent above the previous decade's. Long term increases are likely to be due to improved efficiency in practices, development and use of high yielding varieties.

Changes in cereal production between 2016 and 2017 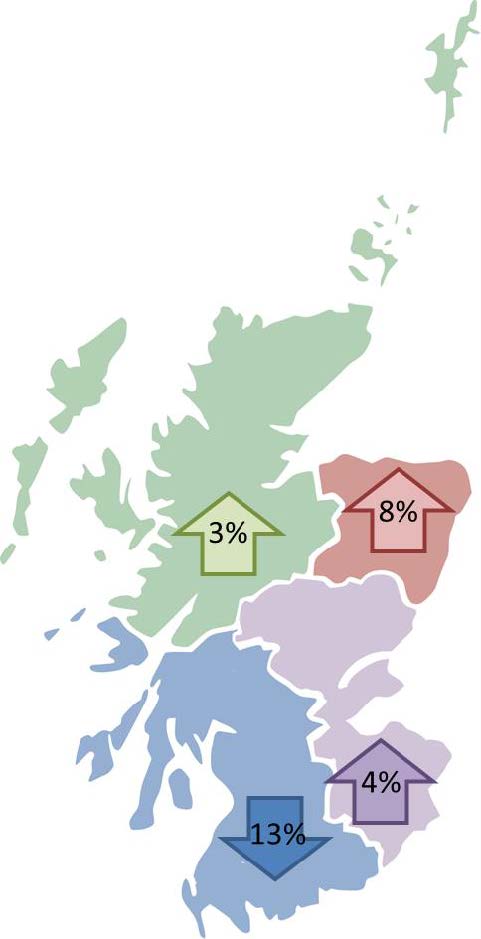 These estimates indicate that, compared with final estimates from the

There was a mixed experience in this year's harvest. The wet weather experienced throughout the summer meant that growing condition were reasonably favourable, as long as it was possible to find a window of a few good days for the crop to dry out and then to get the combine into the field. Those that managed this, particularly in the earlier part of the harvest, managed some excellent yields. However, as the harvest drew on, these opportunities became increasingly difficult to find, which meant others lost substantial amounts of their crop.