In November 2017, in her speech to the UN Climate Change Conference, COP23, in Bonn, Scotland's First Minister said, when pledging to work with nations, regions, cities and business to create a coalition for action:

The Scottish Government's leadership on climate change, including its contribution through the Climate Justice Fund ( CJF), is a clear example in action of our commitment to policy coherence for development as part of the Beyond Aid agenda. Our Climate Change Bill, introduced to Parliament in May 2018, raises the ambition of our targets in direct response to the Paris Agreement, and will ensure that Scotland is carbon neutral by 2050. Our Climate Justice Fund is a clear example of policies and funding beyond our IDF that can contribute positively to development outcomes.

Climate justice recognises that the poor and vulnerable at home and overseas are the first to be affected by climate change, and will suffer the worst, yet have done little or nothing to cause the problem. It is a people-centred, human-rights approach that aims to share the benefits of equitable global development and the burdens of climate change fairly, while building trust between developed and developing countries.

Scottish Ministers launched the international Climate Justice Fund ( CJF) in 2012 to help tackle the effects of climate change in the poorest, most vulnerable countries, with a £3 million budget for an initial round of projects; a second round of CJF funded projects continued from 2014.

More recently, at COP21 in Paris in 2015, the First Minister committed to an ongoing CJF of £3 million per annum from 2016 to 2021. With this new budget, from 2017, the CJF has been distributed via two new programmes, which signifies a more strategic approach going forward. These programmes are:

All of the CJF projects are summarised in Annex E.

Funded by the CJF, the Climate Challenge Programme Malawi ( CCPM) (2017-2020) is supporting a group of rural communities to identify and implement their own solutions for adapting to, and building resilience against the worst effects of climate change. Following a tendering process by the Scottish Government, SCIAF was chosen to manage the new CCPM for the Scottish Government which will help communities in southern Malawi adapt to the worst effects of climate change.

The project activities will revolve around water, food and energy access, with a strong focus on communities learning from each other throughout the duration of the programme. This will benefit the environment, improve climate literacy in Malawi and Scotland - especially in relation to the human rights of vulnerable minorities, and create a sustainable legacy that demonstrates long-term physical, behavioural, and social change in the communities.

This project, while in its early stages, has had a joint start-up meeting in Lilongwe with potential Malawian partner organisations. During the meeting the organisations were given an overview of the programme and what they may be able to expect from entering into a partnership with the programme. The project has also established governance and management groups, and a communication strategy was agreed with the Scottish Government. The regions in which the programme activities will focus are: Balaka, Chikwawa, Machingo and Zomba.

The CCPM will support the achievement of the UN Global Goals by taking direct action to address the impact climate change is having at a local level, promoting gender equality and human rights so the most vulnerable people are not left behind, and reducing poverty through sustainable development. 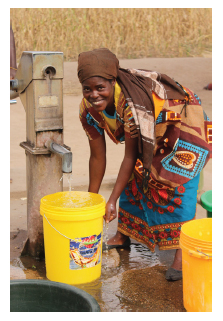 The CJIF is managed and administered for the Scottish Government by the Corra Foundation, which has also managed our IDF Small Grants Programme since 2014.

On 17 September 2017, the Scottish Government announced that £600,000 of CJIF funding would be split between six Scottish organisations who are working with African partners on projects in our sub-Saharan priority countries of Malawi, Zambia and Rwanda over the next three years.

The CJIF supports Scottish-based organisations, working in partnership with in-country partner(s), to support the delivery of climate justice-related projects which demonstrate innovation in the field. CJIF projects are delivered in one or more of the Scottish Government's International Development sub-Saharan partner countries (Malawi, Zambia or Rwanda) and also supports the project country's own development priorities as well as the Scottish Government's Climate Justice and International Development aims.

Six months from project inception, reports from Corra indicate that projects are progressing as planned.

Scotland is a world leader on tackling climate change and Scotland's transition to a more prosperous, low carbon economy is already well underway, winning international respect for our ambition and leadership on climate change.

On 28 February 2018, the Cabinet Secretary for Environment, Climate Change and Land Reform published The Climate Change Plan: Third Report on Policies and Proposals 2018-2032 which details how the Scottish Government will continue to drive progress towards the current statutory emissions reduction target of 80% by 2050.

The Scottish Government is committed to playing its part in the Paris Agreement, the central aim of which is to keep global temperature rise this century well below 2 degrees Celsius above pre-industrial levels, and to pursue efforts to limit the temperature increase even further to 1.5 degrees Celsius. By increasing our long-term targets to reduce greenhouse gas emissions by at least 90% by 2050, the new Climate Change Bill will continue to provide the necessary certainty and impetus to markets, businesses and industries to shift towards low-carbon technologies and practices. The Climate Change (Emissions Reduction Targets) (Scotland) Bill 2018 was introduced to the Scottish Parliament outwith the period of this Report, however we will report on its progress next year.

The Climate Change Bill will put into law the Scottish Government's intent to deliver our fair share of the global emissions reduction necessary to limit temperature rises to 1.5 degrees Celsius. It demonstrates our commitment to global leadership in tackling climate change, and contributing to overall development outcomes.