This fourth Scottish Government annual report on wildlife crime continues to shine a spotlight on an area of crime that people in Scotland want to see an end to.

In my previous role as Minister for Environment we laid the groundwork for this annual report by making it a statutory requirement. I return to the now expanded portfolio 5 years later as Cabinet Secretary for Environment, Climate Change and Land Reform and as wildlife crimes remain in the headlines, so this report increases in importance.

The Scottish Government has worked hard with key partners including Police Scotland, the Crown Office and Procurator Fiscal Service and other agencies to ensure that the annual report continues to improve and provide a clearer picture. I am pleased that we have continued to listen and respond to feedback to make things better.

This report covers the calendar year 2015, using data for the 2014-15 financial year. As we should expect, there are fluctuations in the figures compared to last year, however we should all hope to achieve decreases over longer periods of time.

Our most high profile wildlife crime is of course raptor persecution. Offences against wild birds were the second highest volume offence, decreasing from last year by 4 offences or 8% and showing an overall decrease of 10 offences (17%) over the 5 year period. I welcome these reductions in offences, however I do so with caution, knowing that I have instructed a review into missing satellite tagged birds of prey which will report next year.

In her foreword last year, my predecessor accepted that initiatives and work that we carry out does not offer immediate results or improvements in crime figures. I accept and understand those frustrations however we are now seeing some of that work coming to fruition. I have also committed to further work in the Programme for Government which is detailed in this report.

Let me say that the dedication of those who seek to protect and conserve our wildlife is truly valued. Conversely, we will continue to isolate and punish those that act with blatant disregard to the laws that protect Scotland's natural heritage. 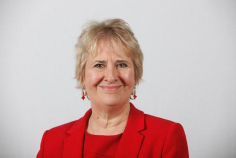