I am pleased to issue this new edition of the Scottish Ministerial Code.

When I accepted Parliament's nomination to serve as First Minister in May 2016, I pledged to do everything I could to ensure that this Parliament marked the beginning of a new time of national self-confidence. This ambition can only be achieved if the people of Scotland have trust and confidence in those serving in government. That is why it is essential to set and maintain the highest standards of propriety and openness for Government Ministers.

This revised Ministerial Code sets guidelines for living up to the seven principles of public life: selflessness, integrity, objectivity, accountability, openness, honesty and leadership. All Scottish Ministers, including myself, are bound by its terms.

Over this new Parliamentary term, the Scottish Parliament and Government will prepare for and assume a range of important new powers, as we take the next steps on our journey of self-government, and it is all the more important that we are guided in our mission by a clear and transparent set of principles.

I will lead by example in following the letter and spirit of this Code, and I expect that Ministers and civil servants will do likewise. 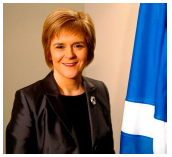