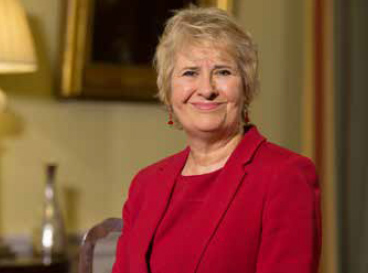 "There are different emissions reduction pathways that could be followed, but my Cabinet colleagues and I have selected the path that we believe is the most beneficial to the people of Scotland."

In 2009, the Scottish Parliament passed the most ambitious climate change legislation anywhere in the world. That Act set the target of a 42% reduction in emissions by 2020 and an 80% reduction in emissions by 2050. We are now well on track to meet that 2020 target, and, eight years on from the Act receiving royal assent, I am proud to be publishing our Third Report on Proposals and Policies – this Climate Change Plan – which sets out our ambitious decarbonisation plans to 2032.

2018 is Scotland's Year of Young People. It is fitting that we are setting out our plans now. Many of Scotland's young people are leaders in their own right in tackling climate change. The 2050 Climate Group, for example, aims to equip Scotland's young people with climate change knowledge and leadership skills, so that they can lead the way to a sustainable, low carbon society by 2050. The Group inspires people to act both in Scotland and abroad, and I hope that our young people will continue to be leading, passionate and innovative partners as we implement this Plan.

In Scotland we are already starting to feel the impacts of a changing climate, and more serious impacts are being felt across the world, particularly by communities that are already vulnerable. No-one should be in any doubt about the determination of Scotland to discharge our moral responsibility to deal with climate change.

In November last year, the international community met in Bonn for the annual United Nations climate change conference. The First Minister and I attended and were heartened to be part of the growing global commitment to tackle climate change. We took the opportunity to highlight Scotland's leadership to an international and influential audience at the highest level. This leadership, of course, has to be translated into delivery. As the First Minister said when pledging to work with nations, regions, cities and businesses to create a coalition for action, "our ambitions must live up to the scale of the challenge, and our actions must live up to our ambitions." This Climate Change Plan sets out our domestic plans to ensure we continue to be leaders and collaborators in this coalition.

Of course, tackling climate change is not just about our moral responsibility. Scotland must provide certainty to businesses and investors in order to seize the economic opportunities offered by the transition to low carbon technologies, products and services. Recent analysis by the International Finance Corporation indicates that the 2015 UN Paris Agreement will help open up $23 trillion worth of opportunities between now and 2030.

We have abundant renewable energy resources that – with our careful stewardship – give us huge natural advantages. We have a strong track record in engineering and technological innovation that we are already building on. The low carbon and renewable energy sectors now support 49,000 jobs in Scotland. Today, workers in Scottish yards are manufacturing the components that will power the future. Our world class universities are thriving and our supply chains are growing.

My Cabinet colleagues and I are determined to draw on all of these assets to set Scotland on a decarbonisation path that protects and grows the Scottish economy, while ensuring that opportunities and challenges are spread evenly across all parts of society. Through this Plan, and other companion documents such as our Energy Strategy, we are creating the best possible business environment in Scotland, sending a clear signal that Scotland is the place to be for investment in low carbon and associated technologies.

A healthy economy is of course dependent on a healthy natural environment. Our precious wildlife and ecosystems are already being affected by the changing climate. However, the conservation and restoration of biodiversity and ecosystems, such as peatlands and woodlands, can help regulate the climate by sequestering carbon. Healthy ecosystems also have the potential to mitigate some of the vulnerabilities caused by a changing climate, for example as part of flood management practices. With my responsibilities for Environment, Climate Change and Land Reform, I will continue to ensure that our policies in these areas are intimately linked to the benefit of all.

In finalising this Climate Change Plan, my Cabinet colleagues and I have selected the path that we believe is the most beneficial to the people of Scotland, maximising opportunities and minimising disruption for households, communities, business and industry. There are of course different emissions reduction pathways that could be followed. To help us decide on the optimal pathway for Scotland and deliver the best value for money we used the Scottish TIMES model. TIMES models are accepted by the international community as an international standard for modelling greenhouse gas emission reductions and energy use. Scottish TIMES has been calibrated with Scottish data and sector intelligence. The model has helped us decide how best to allocate effort, or reduce emissions, across the whole economy by using a pathway broken down into emissions envelopes.

"This Plan builds on our considerable success to date in sectors such as renewable electricity, and paves the way for further transformational change."

This Plan builds on our considerable success to date in sectors such as renewable electricity, and paves the way for further transformational change. Our new Energy Strategy commits us to delivering 50% of all Scotland's energy needs from renewables by 2030. By 2030, Scotland's electricity system, already largely decarbonised, will be increasingly important as a power source for heat and transport. System quality and resilience will be ensured through diverse generation technologies, including gas generation, increased storage, smart grid technologies and improved interconnection. Emissions from electricity generation are expected to fall by 28% over the lifetime of the Plan. The Scottish Government is continuing to support the development of Carbon Capture and Storage ( CCS) as a vital technology to meet our long-term emissions reductions targets.

Recognising the importance of energy use in buildings in achieving climate change and fuel poverty objectives, in 2015 we designated energy efficiency as a National Infrastructure Priority. The cornerstone of this is Scotland's Energy Efficiency Programme ( SEEP) which, once fully operational, will significantly improve the energy efficiency of domestic and non-domestic buildings, as well as decarbonise the heat supply of buildings. We will publish a route map for SEEP in 2018 setting out our long term ambition for the programme as well as milestones we expect it to meet along the way.

In non-domestic buildings – referred to as 'services' in the Plan – we will need to reduce emissions by 53% over the lifetime of the Plan. This will require increasing uptake of both conservation measures and low carbon heating sources, gradually to 2025, and increasing the rate of uptake thereafter. In domestic buildings, emissions will fall 23% over the lifetime of the Plan. Our approach is similar to services although the rate of emissions reduction is slower, particularly until 2025, where the focus, in the early years, is on energy efficiency, with a greater uptake of low carbon heating sources (heat pumps, electrical resistance and district heating) and energy efficiency measures after 2025.

Our bold new plans for transport were announced in the Programme for Government 2017‑2018. There, we set a new target for phasing out the need to buy petrol and diesel engine cars and vans by 2032, a full eight years ahead of the UK Government. We also announced a doubling of the budget that supports active travel, from £40 million to £80 million a year. We envisage significant decarbonisation of transport by 2032 with emissions reducing by 37% over the lifetime of the Plan. Low emission cars and vans will be widespread and becoming the norm and freight infrastructure will feature more efficient HGVs operating from out of town freight consolidation centres.

For the industrial sector our plans are broadly consistent with the existing EU and UK regulatory frameworks, with a fall in industrial emissions of 21% over the lifetime of the Plan through a combination of fuel diversification, cost saving energy efficiency and fuel recovery, and participation in the EU Emissions Trading System ( EU ETS). We will continue to press the UK Government for clarity on its plans for emissions trading as it prepares to leave the EU.

In the waste sector emissions will fall 52% over the lifetime of the Plan. Landfilling of biodegradable municipal waste will have been phased out by 2021. In the longer term, we aim to be delivering emissions reductions through a circular economy approach – which will mean more productive businesses, new markets and reduced reliance on scarce resources.

Our ambition for agriculture is for Scotland to be among the lowest carbon and most efficient food producers in the world. Our agricultural emissions will decline by 9% over the lifetime of the Plan through efficiency measures and a focus on low carbon produce. We will also drive up peatland restoration and woodland planting rates to increase our natural carbon sinks.

Clearly these ambitious plans cannot and should not be delivered by Government alone. Scotland's public sector will increasingly demonstrate its leadership in emissions reductions and we will continue to ensure that public bodies are empowered to take the action needed as we press forward. Public bodies do, of course, have obligations under our climate change legislation. However, I am delighted that many of them go well beyond these, for example as public champions of action in events such as Earth Hour and Scotland's Climate Week.

Individuals, families and communities will continue to be essential partners. We cannot do this without the people of Scotland alongside us. Through our Climate Challenge Fund ( CCF), now in its tenth year, we support communities to develop and implement their own locally relevant solutions. And we support individuals, households and communities to make a difference with a range of resources, from our innovative Climate Conversations that allow groups to discuss climate change in a safe, non-technical way, through to Greener Scotland with its practical guidance and support.

Through this Plan and other associated Government strategies and policies, our intention is to provide certainty and credibility to the businesses, industries and investors that are vital partners in our transition to a low carbon economy. The Scottish Government has been working hard to understand the challenges and opportunities facing Scottish businesses and last year commissioned a study by EY to explore this area in more depth. I was pleased that we were able to use the findings of the study to talk with business leaders at the National Economic Forum in Inverness in May 2017, as well as at the Energy Intensive Industries Roundtable and Working Group in Edinburgh in November.

This Climate Change Plan, a statutory document, sets out how we will meet the emissions reduction targets under the current legislation. The Scottish Government has committed to playing its part in delivering the Paris Agreement and intends to introduce a new Climate Change Bill this year with even more ambitious targets than those prescribed by the 2009 Act. The requirements of the new legislation, as determined by the Scottish Parliament, will be reflected in future climate change plans.

Finally, on behalf of my Cabinet colleagues, I would like to offer a sincere thank you to everyone who has contributed their views and expertise as we have developed and finalised this Plan: the Scottish Parliament, which provided us with an extensive range of recommendations following its scrutiny of the draft Plan; the Committee on Climate Change for its independent advice; our Climate Change Plan Advisory Group, who provided valuable insights into how we might develop a positive vision to motivate the people of Scotland to join us; and the broad array of stakeholders and partners from communities, business, industry, academia and the third sector who've given us so much to consider.