"We the peoples of the United Nations determined … to reaffirm faith in fundamental human rights, in the dignity and worth of the human person, in the equal rights of men and women"

I am pleased to introduce the Scottish Government's first Scottish 'Position Statement' on the implementation of the United Nations Convention on the Elimination of All Forms of Discrimination Against Women.

Equal rights between men and women is a fundamental principle of the United Nations going back to its very establishment in 1945. More than 70 years later, the world is in some respects a very different place for women and girls. Nations across the globe have made significant inroads in challenging and addressing aspects of gender inequality, however, no nation in the world can say that it has achieved equality between women and men.

Which is why the Scottish Government will keep articulating its commitment to upholding women's rights, and more importantly, will keep taking action to: tackle manifestations of gender inequality, whether that be the pay gap between men and women or all forms of gender based violence, and to challenge the underlying structures and attitudes which help to reinforce inequality.

The United Kingdom ratified the Convention in 1986. The Scottish Government contributes to the United Kingdom's periodic reports to the UN and is an active participant in the oral examinations of the UK conducted by the UN Committee on the Elimination of All Forms of Discrimination Against Women. We will of course continue to do so.

We have for example, passed legislation this year to ensure that women are properly represented on public boards and to strengthen our response to domestic abuse; we are working hard to challenge stereotypes around 'women's work' and encourage more girls into Science, Technology, Engineering and Maths ( STEM) careers, and we are further expanding our commitment to free early learning and childcare.

This year the First Minister's National Advisory Council on Women and Girls has been established. The Council will play a key leadership role in raising awareness of gender inequality, act as a champion for positive progress and a catalyst for change. It will add to an already active and engaged civil society in Scotland, including a women's sector which not only campaigns and advocates for women's rights, but which supports women and children who have experienced all forms of gender based violence. We are immensely grateful to them for their work and for the knowledge and expertise that they bring to all of the issues associated with gender inequality.

This Position Statement allows us to take stock, acknowledge progress and chart our ongoing journey towards gender equality. I hope it also invites our partners in civil society and our international peers to do similarly. All governments should be challenged and held to account – a government which is not willing to listen cannot improve the lives of people.

I want Scotland to be a country where women and girls have equal rights and opportunities to men, equal access to power and resources, and live their lives free from gender based violence. We're not going to get there overnight but I do believe that Scotland can be a nation synonymous with equality, that is recognised in the international community for its commitment to and the steps it is taking to realise equality between women and men. 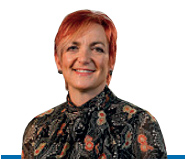