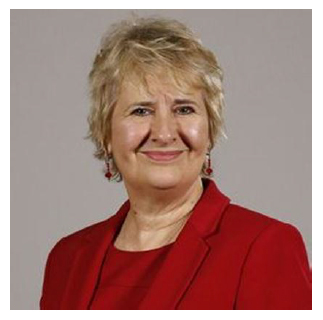 This is the fourth such Report to the Scottish Parliament and covers the period 2014-2016. It is also part of a suite of reports which monitor biodiversity related activities and should be considered in conjunction with the first Annual Review of Progress on the Scottish Biodiversity Strategy a Route Map to 2020, and the Interim Report 2016 on Scotland's Progress to 2020, the Aichi Targets. Both these reports were published by Scottish Natural Heritage in September 2016 and I am grateful to Scottish Natural Heritage for their work to support the delivery of the 2020 Challenge for Scotland's Biodiversity.

All three reports recognise the important role which biodiversity plays in helping to support our vision for a Scotland which is more productive, cohesive and fairer. Our work to protect and restore biodiversity contributes directly to the ambitions set out in Scotland's Economic Strategy. Our natural assets, of which biodiversity is a part, underpin our productivity and I am delighted that the Natural Capital Asset Index is now included as one of Scotland's National Performance Indictors. This demonstrates how seriously we take the role of natural capital in supporting our prosperity.

This Report highlights some of the extensive work underway across Scotland to restore ecosystems. The additional £8m that has been identified to support Peatland Action in 2017/2018 is a clear indication of the Scottish Government's commitment to support ecosystem restoration. Biodiversity also benefits our health and wellbeing, as individuals and as a society, and extensive work is underway to improve the quality and increase the use of greenspaces across the country. The successful partnership work on the NHS estate between the Scottish Natural Heritage Forestry Commission Scotland and NHS Scotland demonstrates how joint working can improve the lives of individuals and benefit biodiversity.

When we think of biodiversity we often picture the species and habitats for which Scotland is world renowned. It is heartening to note the improvements being made for some species, such as some of our butterfly species, and the overall improvement in some habitats, such as our river water quality. But clearly there are areas where further improvement is needed and I am particularly concerned at the declines in some of our bird species such as breeding seabirds and waders.

As the target date of 2020 draws closer it is clear that further work lies ahead to meet the 2020 Challenge. This is a shared responsibility for the Scottish Government, public, private or third sector, and individual citizens. We can all make a difference for biodiversity and it is our responsibility to work as hard as we can to protect and enhance Scotland's nature.