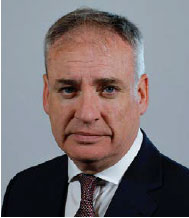 Since 2015, the Scottish Government has had a clear Economic Strategy focused on inclusive growth. The success of this Strategy, and therefore the prosperity of the people of Scotland, very much depends on science and research, creating new knowledge and new innovations, and contributing to both public service improvements and economic benefit. The UK’s possible departure from the European Union (EU) and the vital platforms which the EU provides for science and research fundamentally threatens this progress.

The development of new scientific approaches has always depended on a free exchange of ideas between researchers regardless of geographical and political boundaries. International collaboration is a key driver of academic success and research excellence. We know that on average the impact of scientific papers is greater when there is international co-authorship. For example, scientists at the University of Glasgow recently worked with researchers in Milan on a ground-breaking study linking head trauma with the likelihood of dementia. Such life-saving work is only possible through the networks of collaboration and information exchange within which Scotland participates.

The Times Higher Education (THE) World University Rankings 2019 demonstrates that nine of Scotland’s universities are in the global Top 200 for International Outlook. It is no surprise therefore that Scottish research organisations have been successful in participating in EU programmes for research & innovation. Our international outlook means Scotland is proud to be a destination of choice for students and academics from all over the world. Continuing international collaboration is critical to maintaining and strengthening Scotland’s excellence in research as well as meeting our economic policy goals and improving public services. Brexit and the related hostile immigration policies of the UK Government should not be allowed to stymie Scotland’s scientific and economic progress.

The UK Government does not have a credible plan to ensure that our valuable science and research can be maintained and enhanced following Brexit. This is an existential threat to our sector. The Scottish Government is the only administration in the UK which has had a consistent plan since 2016 to resolve these issues. Our plan, to stay in the European Single Market and Customs Union, is the only solution, short of remaining a full EU Member, which would break the current impasse which has brought us to the brink of a no-deal Brexit. As set out in this paper, Scotland has much to offer the world when it comes to science and research.

I can assure you that the Scottish Government will do everything it can to continue to bolster our academic strengths through its existing valuable partnerships and new collaborations across Europe and beyond.