Itchy Coo will cease its education and outreach programme in March 2011 and its publications list will be sustained but not further developed beyond the end of 2011. 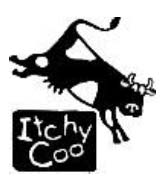 Itchy Coo has been making 'braw books for bairns o aw ages' since 2002. Its co-founders, Matthew Fitt and James Robertson, started with the aim of extending the provision of children's literature in Scots. In February 2010, they published Precious and the Puggies by Alexander McCall Smith, the imprint's 34 th title.

Together with publishing partner, Black & White, and with funding from the Scottish Arts Council, Itchy Coo has become the leading publisher of children's books in Scots, selling a quarter of a million books and picking up major awards along the way.

Resources for primary school readers include a counting book A Moose in the Hoose, Eck the Bee packed with language activities to keep young minds busy and A Wee Book o Fairy Tales which was transformed into a successful touring stage play by the TAG Citizens' Theatre in 2008.

Itchy Coo has produced some very well received translations into Scots of texts by Roald Dahl, AA Milne and RL Stevenson. The Eejits and Geordie's Mingin Medicine even managed to dislodge Harry Potter and High School Musical from the Number 1 spot in the bestseller charts.

Plays, short stories, novellas, non-fiction and a major Scots anthology make up the provision for secondary and senior level. The short dramas in Tam o Shanter's Big Night Oot have been performed by high schools all over the country and A Scots Parliament remains the only school text book on the history of democracy in Scotland.

As well as book production, Itchy Coo has visited over 1000 schools and delivered 500 in-service training sessions in almost every local authority through its Education and Outreach programme. Itchy Coo has worked with thousands of young people and given hundreds of staff across Scotland the confidence to incorporate Scots as an integral part of their teaching practice.

The Itchy Coo project has been the main driver of change for Scots since 2002 and has brought about a huge shift in attitudes towards the language in education. 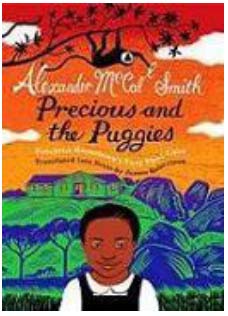