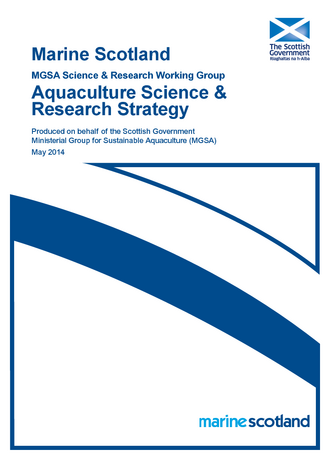 Ensuring product quality, food safety and human health are fundamental to the long term sustainability of the aquaculture industry. At European level, food safety and public perception of risk with regards to shellfish toxin/viruses and fish feed ingredients were highlighted as a major risk to the industry [1] .

From a strategic perspective, key areas to be addressed are to [1] :

A number of strategic reviews of aquaculture refer to the need for research related to shellfish hygiene in particular together with generic requirements for traceabilty and provenance [2] .

Considerable public funding has been committed to research related to the early detection of Harmful Algal Blooms ( HABs), but the ability to predict the occurrence of HABs and their toxicity remains elusive. The need for rapid and cost effective test methods for detecting marine biotoxins in shellfish is a priority. Water borne viral contamination of shellfish requires better test methods.

The following research topics have been highlighted through the Shellfish Forum/Ministerial Working Group. All of these issues are of generic concern to the UK and European shellfish industry:

In the Scottish Aquaculture Research Forum ( SARF) database of research projects approximately 90 projects fall under the remit of Hygiene and Food Safety. These projects over the last decade had a total value of £11.9M. Of these projects 76% were concerned with shellfish (90% by research cost) and 24% were concerned with fin-fish (10% by cost) - these figures reflect that the overarching concern with respect to the real or perceived risk to public health is shellfish. Historically the majority of the funding for these research projects has come from The Food Standards Agency ( FSA) or The Food Standards Agency Scotland ( FSAS), which between them have funded 72% of the research effort. Public or non-departmental public bodies such as The Crown Estate, Scottish Government DEFRA and HIE have funded 13%, and the remaining 15% has been funded equally between RCUK, European Commission, and SARF. In 2015, Food Standards Agency Scotland will become a separate body to Food Standards Agency ( UK) irrespective of the outcome of the Scottish referendum in September 2014. Although still heavily influenced by EU Directive requirements, this change in status may lead to differences in the way that the shellfish industry is and could be regulated in Scotland. This could offer opportunities for more streamlined risk based regulation which intern may shift the cost benefit equation in favour of increased investment in shellfish aquaculture. However, anthropogenic and climate change pressures will need to be carefully considered as these could impact on shellfish hygiene through increased incidence of viral and bacterial contamination together with increased exposure to HABs.

It would seem unlikely that the burden of supporting the necessary research to underpin this sector can continue to be met largely by the regulator. The shellfish sector remains relatively small and market failure with respect to the ability to support R&D required for its development applies. As such, those research councils with responsibilities for both the environment and food security should seek to increased investment in delivering the research and innovation needed.

Whilst there has been a long term aspiration to develop and expand the shellfish sector in Scotland (Ref: Scotts report from Stirling) and indeed the UK as a whole, this has a occurred to a limited extent only and (in Scotland) largely as a result mussel (Mytilus edulis) production. Whilst the industry is keen to expand, this is tempered by the realities of the market which would suggest that unless the domestic market for shellfish expands significantly, growth will only occur through exports. Historically, the industry in Scotland has failed to attract the investment needed to secure economies of scale - a scale needed to develop hatcheries and, potentially, selective breeding programme which could dramatically change the economics for this sector in the future. Investment is a function of confidence in economic return and having the capacity to produce fish and, in particular, shellfish that are safe and healthy to eat (and can continue to be produced economically subject to these caveats) remains fundamental to securing the desired expansion in production by 2020.