This publication presents annual statistics up to 31st March 2018 on total new housing supply in Scotland across all sectors, along with information on various elements of local authority housing such as stock, lettings, house sales, evictions, housing lists, and housing for older people and people with disabilities.

The statistics are based on information collected from local authorities and the Scottish Government affordable housing supply database, and are used for a variety of purposes, including monitoring overall housing supply in Scotland.

More detailed background Excel tables are available on the Housing Statistics website. A summary of the latest quarterly data on social sector new build and affordable housing is available in the Housing Statistics for Scotland Quarterly Update September 2018. A wider overview of social housing as a whole (i.e. across both housing association and local authority housing) is available in the separate statistical publication Social Tenants in Scotland 2016. 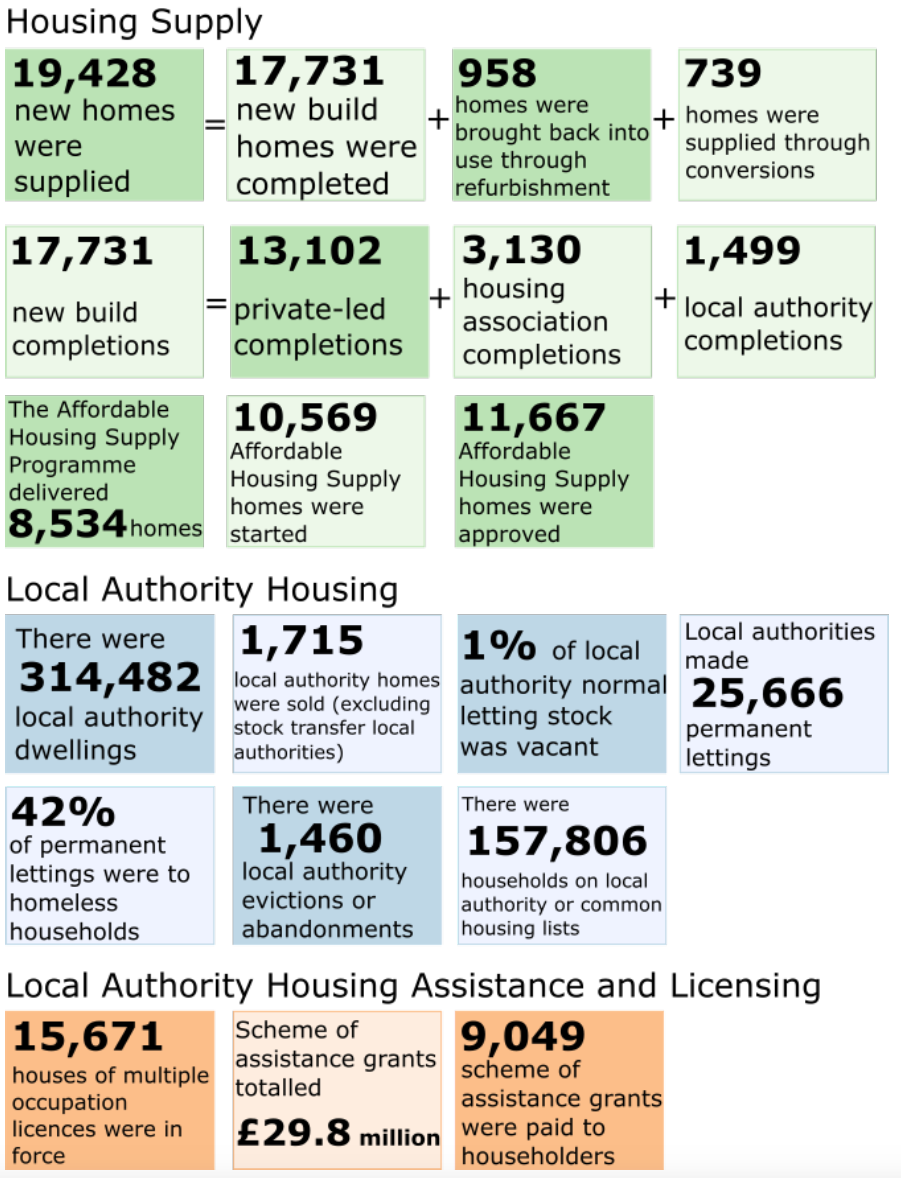 Sales of local authority dwellings (Right to Buy): Sales of public authority dwellings (including local authorities with total stock transfers) fell by 40% in 2017-18, to 2,101. This decrease follows the Right to Buy scheme closing to all new applicants in July 2016. It is expected that sales will continue to fall further in the next year as the number of applications remaining in the system falls closer to zero.