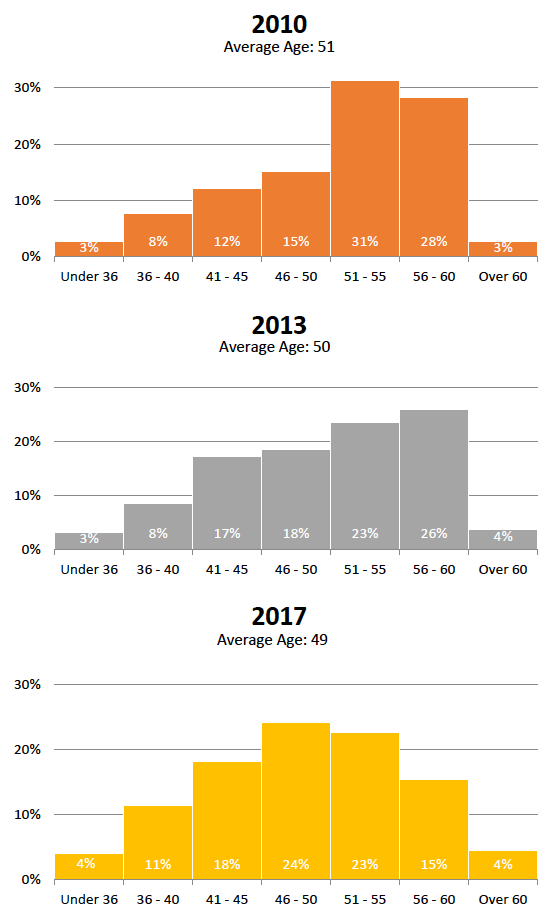 The number and proportion of teachers who have promoted posts has fallen in the primary sector. This has been most pronounced among headteachers. They represented 8.3% of primary teachers in 2010 but in 2017 this had fallen to 6.9%.

The Secondary sector has seen similar declines in the number and share of promoted posts (although they make up a greater share of posts then in primary). The major difference with primary is that principal teacher posts represent the biggest share of that decline.

Table 4 Headteachers by number of schools they work in
Headcount