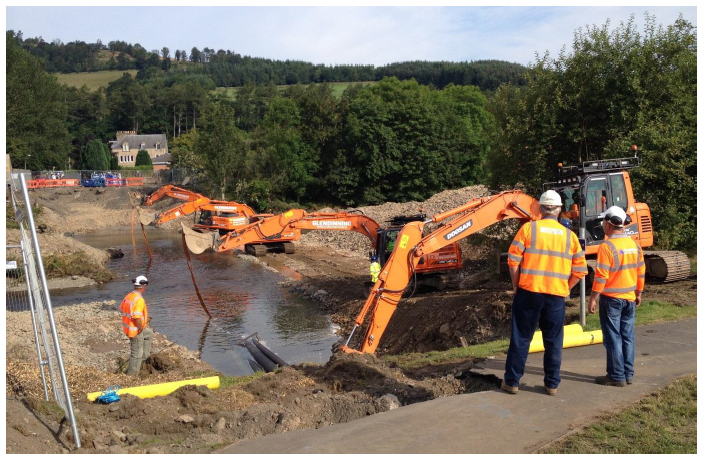 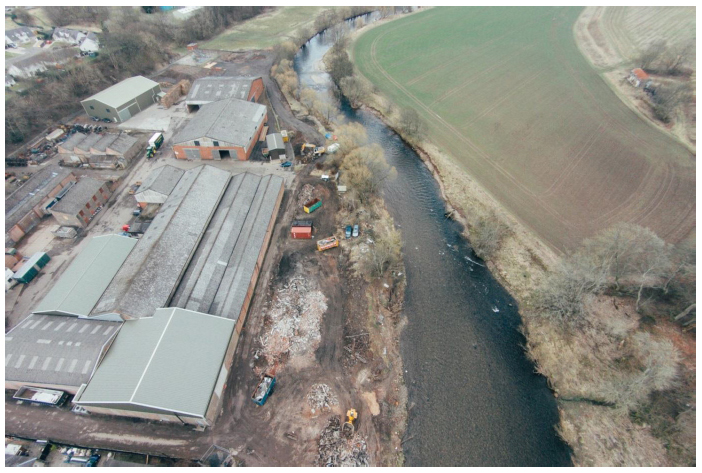 The Brechin Flood Prevention Scheme has been progressed under the '61 Act at a time where the 2009 Act would be applied to any new schemes. The process applied to the Brechin FPS has therefore been in accordance with the '61 Act, but with the spirit of the 2009 Act being applied for consistency. In terms of compensation and acquisition of land, both Acts are relatively consistent and are open to current practice in terms of valuations.

The approach adopted for the promotion of the Brechin FPS has been to actively seek compensation claims from the affected parties and those with interest in land. Land acquisition by agreement has been used rather than compulsory purchase due to the specific future access requirements of the Scheme. These have been conscious efforts to limit reputational risk to the council in being seen as using powers under the Act without regard for the impact of using these powers on the affected parties.

A series of activities including issuing of letters, email, telephone conversations, face to face meetings, drop in sessions and more formal public meetings have been held to engage with the affected parties. The local community council and Angus Council ward members have been particularly useful in sharing and agreeing to the approach being taken. Professional advice has been on hand to encourage the affected parties to engage their own professional advisors where appropriate. This has been to seek more informed discussions and easier resolution to heads of compensation or land acquisition that could be agreed. Early resolution, where appropriate, of compensation claims has been sought to limit the risk of future compensation claims.

The main lesson learned in this case study has been to invest resources, most notably in terms of professional advice from flood risk, to legal to land evaluations, and develop lasting relationships with each of the affected parties. To this end, every effort to coordinate and seek a single point of contact with the council within the flood risk team has been applied, recognising that at times letters do need to be issued by other services such as legal notices. These relationships are not always easy but the benefits of pursuing these and maintaining them cannot be underestimated in managing the risks associated with compensation, land acquisition, land access, objections, reputation loss, and ultimately the delivery of flood protection schemes.