The total spend on EMA in 2017-18 was £23.0 million. This is a decrease of £1.7 million from the previous year due to the reduced number of recipients.

The proportion of EMA spends for each gender was 50.9% for females and 49.1% for males.

Average payment per person, by gender

Amongst EMA recipients, school students received on average £839 over the academic year, college students £725 and activity agreements £506. The difference is due to the number of weeks in which each type is eligible to receive the benefit.

Average payment per person, by deprivation

However, EMA recipients from the most deprived areas receive on average a smaller amount (£772 for Quintile 1 versus £788 for Quintile 5)[5]. 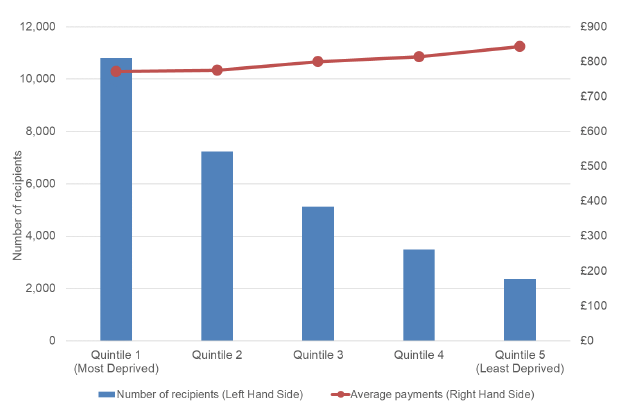