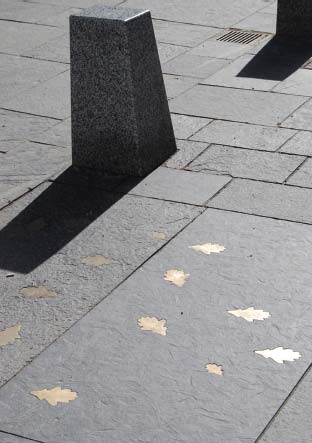 Status and aims of Designing Streets

This document is the first policy statement in Scotland for street design.

The premise upon which the document is based is that good street design should derive from an intelligent response to location, rather than the rigid application of standards, regardless of context. Designing Streets does not, thus, support a standards-based methodology for street design but instead requires a design-led approach. This demands taking into account site-specific requirements and involves early engagement with all relevant parties. Designing Streets marks the Scottish Government's commitment to move away from processes which tend to result in streets with a poor sense of place and to change the emphasis of policy requirements to raise the quality of design in urban and rural development.

The value of good street design

Streets exert an immense influence upon our lifestyles and behaviour. Street design also has a direct influence on significant issues such as climate change, public health, social justice, inclusivity and local and district economies. Designing Streets recognises these pressures and seeks to build a collective response through the design of new streets and the regeneration of existing streets that is informed by as wide a range of issues and stakeholders as possible. Through the introduction of this policy, the Scottish Government seeks to ensure that specific interests are no longer promoted without an appreciation of the wider context. Collaboration and awareness between what have often previously existed as singular processes is vital if the aims of Designing Streets are to be met.

This document sits alongside Designing Places 1 , which sets out government aspirations for design and the role of the planning system in delivering these. Together, they are the Scottish Government's two key policy statements on design and place-making. Both documents are national planning policy and are supported by a range of design-based Planning Advice Notes ( PANs).

Designing Streets updates and replaces PAN 76 New Residential Streets 2 (which is now withdrawn) and, in doing so, marks a distinct shift, raising the importance of street design issues from the subject of advice to that of policy. In addition, all previous road guidance and standards documents based on DB32 3 principles are superseded by Designing Streets. Many local authorities in Scotland have developed their own street design guidance and there is still an important role for local guidance to ensure that street design responds to local context. These existing documents may contain information on construction details and local palettes of materials which is still relevant, however information on principles, layout and street geometry which is not consistent with Designing Streets should be revised. Designing Streets should be adopted by all Scottish local authorities or should provide the basis for local and site-specific policy and guidance.

Designing Streets is not
a standards-based
document. Balanced
decision-making is at
the core of this policy.
Design-led solutions
must be employed.

Who is Designing Streets for?

Designing Streets is aimed at everyone who plays a part in creating or determining the quality of streets; architects, engineers, planners, developers, politicians, local authorities and, indeed, anyone who has an interest in how street design is taken forward. It is important that professionals understand all of the key issues and do not restrict their interest to any one particular area.

Designing Streets is expected to be used predominantly for the design, construction, adoption and maintenance of new streets, but it is also applicable to existing streets subject to re-design.

Development of the document

Designing Streets was developed for the Scottish Government by a multi-disciplinary team of roads and transportation engineers, urban designers, planners and legal advisors, led by WSP UK. The document has been informed by case studies and best practice, and was subject to significant stakeholder consultation. It derives, in essence, from Manual for Streets 4 , which was produced for the Department for Transport, the Welsh Assembly Government and Communities and Local Government. Manual for Streets is evidence-based guidance which focuses on lightly trafficked residential streets and cited and commissioned detailed research. Designing Streets has been tailored to meet Scotland's needs and, as a policy document, does not reproduce this evidence in detail.

Streets have to fulfil a complex variety of functions in order to meet people's needs as places in which to live, to work and to move around. Their design requires a thoughtful approach that balances potential conflicts between different users and objectives. A clear distinction can be drawn in functional terms between roads and streets as follows:

All thoroughfares within urban settings and rural boundaries should normally be treated as streets.

Reference should no longer be made to road hierarchies based on terminology such as local distributor/local access roads.

The relationship of Designing Streets to main and busy streets

Designing Streets provides policy that should be followed in designing and approving all streets. Whilst its technical advice is aimed particularly at residential and lightly trafficked streets, many of the key principles are also applicable to other types of street, for example rural and high streets. When considering busier streets, the movement function of the street may well become more significant or complex but this should be resolved through an integrated design approach and should not compromise the quality or the sense of place.

Design Manual for Roads and Bridges ( DMRB) 5 is the standard for the design, maintenance and improvement of trunk roads and motorways. There are some locations, however, where a more sensitive design that follows the principles of Designing Streets may well be appropriate, such as where a small burgh High Street is also a trunk road.

Most importantly, a multi-disciplinary approach, full community engagement and a balanced appreciation of context and function is fundamental to successful outcomes in such cases.

The diagram below shows where streets and roads exist and where they often meet.