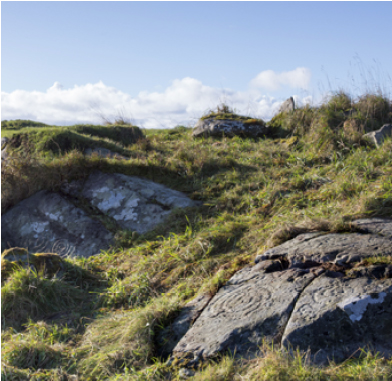 Scotland’s rich and varied culture, heritage, landscapes, languages, traditions and creativity are collectively one of the country’s greatest strengths.

How a nation values its many cultures and heritages, its artists, its creative people and its communities is an insight into the wider values and priorities of that society.

Scotland has an enduring world wide reputation as a centre for ideas, learning, education, creativity and innovation. Theatres, galleries, concert venues, historic sites, museums, festivals, cinemas and other formal cultural buildings and settings are probably what come to mind immediately when people think about engaging in culture. However, as in many other countries, television is still the most widespread medium for delivering cultural content and it is increasingly watched in more flexible ways through smart phones, laptops and other portable devices – with film, drama, comedy, music, and other arts, sport and news being consumed in these ways. In 2016, 97% of homes in Scotland possessed a television and 87% of adults listened to radio services [9] , with 82% of homes having internet access. [10]

The evidence that is currently available suggests that amongst the general public there are high and increasing levels of cultural engagement in Scotland. In 2016 around nine in 10 (92%) adults were culturally engaged, either by attending or visiting a cultural event or place, or by participating in a cultural activity. The level of cultural engagement has increased by around 5% since first recorded in 2007. [11] There are many other activities that people do in their everyday lives that are not included in the definition of cultural engagement used in the Scottish Household Survey, and as such it is an incomplete source of data.

The vibrant, independent grassroots scene and local, voluntary groups are vital to the life of communities and to the culture sector overall. They contribute to the development of culture as a living and relevant part of life in Scotland, and many are highly entrepreneurial, creatively experimental and self-funding. It is difficult to estimate the size or impact of this part of the sector, given that much of it is informal, small scale and often self-sustaining. 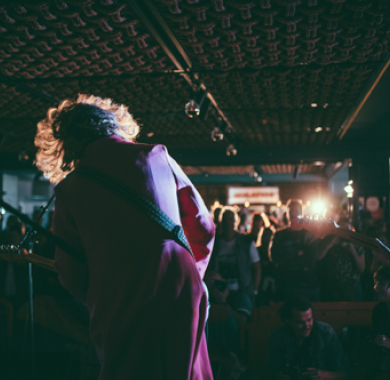 There is evidence of a healthy grassroots culture scene in Scotland’s major cities [12] , and a thrivinag and growing independent music scene. For example, in Glasgow an estimated £78.8 million is spent annually on live music (equating to an estimated Gross Value Added of £36.5 million and 2,450 full-time equivalent jobs) [13] . The total direct and indirect spend generated by music tourism in Scotland was estimated to be £295 million in 2015 with a total of 928,000 music tourists. [14]

There is a wealth of community groups and enterprises throughout Scotland that are part of the voluntary and charities sector. There are over 5,000 registered charities whose mission is ‘advancement of arts, heritage, culture and science’ that vary in size and income levels. [15] A social enterprise census for 2017 estimates that there are 5,600 social enterprises across Scotland, with 14% operating in the ‘arts and creative industries sector’. [16]

Culture takes place everywhere. Cultural buildings are often used for a broad range of activities at the heart of many communities across the country ranging from castles to community and concert halls to cinemas, and including schools, town, village and church halls, museums and galleries, theatres, multi art-form buildings, music and comedy venues, historic buildings, civic spaces, parks, sports grounds and libraries.

Scotland’s cities, towns and villages host over 200 culture festivals each year, creating places with their own distinct cultural identities and energy, and making them attractive to live in, work in and visit. Festivals also benefit the local and national economy. The total annual economic impact of the Edinburgh Festivals to the Scottish economy as a whole is estimated at £313 million. [17] Scotland’s more rural areas play host to popular festivals; for example, nearly 20% of visitors to Shetland went to experience the island’s festivals and events. [18]

Many forms of culture, both tangible and intangible, draw inspiration or carry on traditions from the past whilst others are new, emergent and innovative. There are also contemporary interpretations and reinventions of traditions, offering new creative perspectives. Places and people underpin culture in Scotland and younger generations inherit traditions that they both steward and make their own.

Scotland’s natural and built landscapes have helped to shape Scotland’s identity and have long provided an important source of inspiration for culture of all types.

The variety and range of Scotland’s languages, traditions and heritages are essential and living parts of culture in Scotland. Indigenous languages of Gaelic and Scots and regional dialects like Doric are integral to its distinctive nature and are fundamental parts of many communities identities. The legal status of the Gaelic language is secured by a number of pieces of legislation passed by both the Scottish and UK Parliaments, offering a range of legal provisions and protections. This is reinforced by the Scottish Government’s Gaelic Language Plan that sets out how the Scottish Government uses Gaelic across its business [19] . The Scots language, although not sharing this legal status, does have a level of official support in Scotland and, under the Council of Europe Charter for Regional and Minority Languages, the UK is a signatory to undertakings which seek to promote and protect the Scots language.

In the 2011 Census, the total number of people recorded as being able to speak, read or understand Gaelic was 87,056 (1.7% of the total population). Of these 58,000 people (1.1% of the population) aged 3 and over in Scotland were able to speak Gaelic. Scotland’s commitment to Gaelic Medium Education ( GME) was established in the Education (Scotland) Act 2016; there are now over 60 departments in schools or dedicated schools providing 3,000 primary school pupils GME. [20] There are also over 1.5 million people (30% of the population aged 3 and over) who identify themselves as Scots speakers. [21]

The diversity of Scotland’s population is reflected in its mix of cultures and languages, with 158 languages spoken in the home in Scotland in 2017. [22] From Punjabi to Polish, Cantonese to Gaelic and Scots, these languages reflect the Scotland of today. This diversity is a strength, reflecting the rich range of traditional and contemporary culture in Scotland’s communities and illustrates that Scotland is interested, open and welcoming of new people, cultures, languages and ideas.

Scotland is an increasingly diverse society. In the 2011 Census, 4% of the population classified themselves as being part of a non-white minority ethnic group, double the figure recorded in the 2001 Census [23] . Cities are even more diverse, with 12% of the population of Glasgow, and 8% of Edinburgh and Aberdeen classed as from a minority ethnic group [24] . Ethnic diversity in Scotland has continued to increase since 2011 as a result of an increasing number of people migrating to Scotland from other countries (both from the EU and world wide).

The Scottish Government distributes a culture budget that provides annual funding to national cultural organisations who are responsible for the preservation, promotion and development of Scotland’s arts, screen, creative industries, culture and heritage as a fundamental and enriching part of life. Cultural organisations and individuals across Scotland are often supported by these public bodies who provide financial assistance (largely in the form of grants) and expert advice.

Public funding for culture will continue to have an important part to play in supporting the future of culture in Scotland.

This is only part of the financial picture where public support contributes to the larger diverse funding models that organisations, and businesses, operate within. This includes public funding (often from multiple sources), income generation from tickets to intellectual property, commercial activity, volunteering, and partnerships with the private sector. There are increasing trends towards new sources of income generation and new methods of fund-raising such as crowd funding and cooperative funding models but little is known about the current impact or future potential of these sources. The Scottish Government has protected culture funding in recent years with an increase of almost 10% in 2017/18 despite the UK Government’s real-term cuts to Scotland’s resource budget.

Demand is high and funding is under pressure across both national and local government. Budgets are under increasing pressure and demand for services is growing across all funders.

A summary of the main public bodies that support culture in Scotland, targeted Scottish Government Funding for culture and other major funders and supporters of culture is included at Annex B.

Economic Contribution of Culture
Culture and creativity make an important yet often underrated contribution to Scotland’s economy. The Creative Industries contribute more than £7 billion to the Scottish economy each year and support more than 80,000 jobs accounting for 3.2% of employment in Scotland. [25] An estimated £2.3 billion is contributed to the economy by the historic environment with £1.35 billion in Gross Value Added ( GVA) in 2015/16. The historic environment directly supports 34,330 full-time equivalent employees. Total spend by visitors to Scotland in 2015 was £8.87 billion. Of this, £780 million is directly attributed to the historic environment, supporting 23,100 jobs. [26] Creative Scotland estimates that the radio and television industries in Scotland provide 3,500 jobs, and contribute more than £50 million GVA, [27] whilst film production turnover was over £32 million in 2012. [28]

A recent Design Council report noted that workers with design skills contribute £209 billion to the UK economy ( GVA). [29] Furthermore, there are estimated to be 4,600 employees working in museum activities and 3,500 working in libraries and archives. [30]

Edinburgh’s status as ‘The World’s Festival City’ attracts artists, audiences and media from over 70 countries, audiences of over 4 million and generating £313 million annually to the Scottish economy. [31] It is estimated that Scotland’s 460 museums and galleries attracted 27.7 million visits in 2014 and sustained over 3,500 tourism-related jobs. [32]

Internationally, Scotland is increasingly recognised as being rich in culture and heritage, and as a vibrant place for contemporary culture, such as music, screen, visual art and literature. Scotland is ranked sixteenth overall for culture in 2016 by the Anholt – GfK Roper Nation Brands Index SM .Ambition is high to increase Scotland’s ranking within this index. Scotland’s reputation for historic buildings, monuments, vibrant cities and urban attractions continues to contribute positively to its overall ranking as a tourist destination and is ranked twelfth overall. [33]

Some facts about culture:

4. Ambitions, aims and actions
2. A vision for culture in Scotland