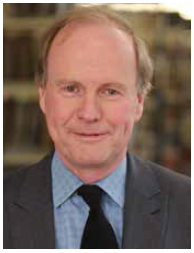 This is my second report to the Scottish Government as Commissioner for Fair Access. The headline 'score card' is that significant, and welcome progress has been made towards meeting the Scottish Government's interim 2021 and later targets on fair access. The higher education system is well on the way to meeting the challenge set by the First Minister in 2014 that by 2030, 20 per cent of entrants should come from the 20 per cent most deprived areas in Scotland - in other words, a level playing field in terms of participation in higher education. This would be a great achievement which would reinforce Scotland's status as the UK nation which already has the highest percentage of young people enrolled in higher education and confirm its historical reputation as a nation that has always placed a high value on education.

Of course, there is some way to go. Although it may appear the 2021 target of at least 16 per cent of full-time first degree entrants from the 20 per cent most deprived areas as measured by the Scottish Index of Deprivation (SIMD) is within sight, the last miles are often the most difficult. The most selective universities continue to face serious challenges in attracting applicants from more disadvantaged social backgrounds, and to reconciling their commitment to fair access with other goals, in particular the need to maintain their status as world-class research universities. At present, disadvantaged students are concentrated in colleges and in post-1992 universities. Although it would be unreasonable to expect uniform student profiles across the whole higher education system, a fairer distribution is needed. Also success is as important as access. Higher non-continuation rates and inferior degree outcomes for students from deprived areas should not be accepted.

Despite the continuing challenges, it is clear to me that the whole sector has demonstrated its full-hearted commitment to achieving fair access, and that this commitment should be properly recognised. Any remaining arguments are not really about the goal itself but the means by which it should be achieved. The way in which the Scottish Government, the Scottish Funding Council (SFC), other bodies such as the Scottish Qualifications Authority (SQA) and the Scottish Credit and Qualifications Framework (SCQF), the colleges and universities and their respective sector organisations Colleges Scotland and Universities Scotland, representative bodies such as NUS Scotland and the University and College Union and other trade unions have worked together has been impressive - a 'whole sector' approach in spirit if not in every detail. In comparison with the more fragmented approach taken in some other higher education systems, in the rest of the UK and more widely, Scotland's coordinated approach has been a model of successful policy implementation.

I am grateful to all those who have contributed to the drafting of this report by making themselves available to discuss key issues with me, although I am solely responsible for its content and recommendations. Several groups established by the Scottish Government, the SFC and sector organisations have been working hard on promoting fair access. Some, but not all, are mentioned in this report. I am very conscious of the variety and intensity of this work, and I have tried not simply to rehearse arguments that have already been better expressed.

Finally, I would like to express my thanks to Lynn MacMillan and other members of her team in the Scottish Government. They have the difficult task of advising Ministers about the development of policy in this area and implementing these policies, and at the same time supporting my work as Commissioner and as an independent voice. Once again they have fulfilled this task with great integrity and complete professionalism.