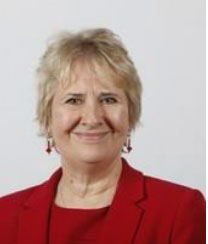 There is a global climate emergency.

The United Nations states that humans have caused one degree Celsius of warming to the Earth’s atmosphere over the past century and 1.5°C of warming could come as soon as 2030. Many regions, such as the Arctic, are already suffering from even greater warming. Poor and disadvantaged people around the world are unfairly affected, including people living on small islands and in rural and coastal communities.

Scotland’s climate has already changed. The 10 warmest years in the UK have all been since 2003. Since the early 20th century, rainfall levels have increased in Scotland by around 11% and on a shorter timescale, since the early 1960s, by around 27%. We expect these changes to continue and intensify. 1 in 11 homes and 1 in 7 businesses in Scotland are already at risk of flooding and, on average, around 2000 more properties will be at risk every year due to climate change.

Scotland’s emissions have almost halved since 1990, but even if global emissions were to stop today, extreme weather and sea level rise would still continue to worsen for decades to come.

In your responses to our consultation on the draft Adaptation Programme, you told us you wanted to see urgent action on emissions cuts – our mitigation effort. Since then, we have acted on advice from the UK Committee on Climate Change (CCC) and amended our Climate Change Bill to set even stronger emission reduction targets of 70% and 90%, by 2030 and 2040 respectively, and net-zero emissions by 2045. This means that Scotland’s contribution to climate change will end, definitively, within a generation. You were also clear in your support for a new Adaptation Programme that links our adaptation and mitigation efforts and helps deliver wider objectives for our society and economy.

Scotland has been preparing for climate change for over a decade through our sector-based 2009 Framework and our wide-ranging 2014 Programme, with its 150 actions to address 130 climate risks.

We have built on early knowledge sharing and now have a well-informed Scottish public, and a strong community of climate adaptation experts and enthusiastic champions.

We are already adapting in response to climate change. Well-established policies are delivering solid progress on: new flood protection schemes, flood warning systems, resilience of our water supply, transport, health services, forestry, peatlands and agriculture. New approaches and actions to meet the urgent challenge are being brought forward: the 2018 Programme for Government and the Climate Change Plan set out a range of adaptation-related policies, including a new approach to managing surface water flooding in line with the international trend of blue-green cities. We have committed to updating the Climate Change Plan within 6 months of the Climate Change Bill receiving Royal Assent and as we do so we will seek to strengthen and reinforce the links and co-benefits inherent in our approaches to climate change mitigation and adaptation.

Your enthusiastic and expert contributions to our public consultation, through digital media, workshops and climate conversations across Scotland, from Shetland to the Borders, have helped us strengthen this second, statutory, five-year Adaptation Programme, with its new outcomes-based approach. Together we will build on the strong progress made over the past decade, keeping our approaches to adaptation and mitigation under constant scrutiny and review. In line with the global climate emergency, the new Programme will, with your help, deliver a step change in securing the benefits of a climate-ready, resilient Scotland for current and future generations.