The published responses, where respondents gave permission and their response was received before the closing date, can be viewed on the Scottish Government website at: http://www.scotland.gov.uk/Publications/Recent. The 63 responses received by interest group are as follows: 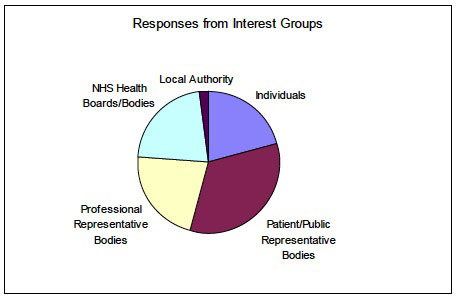 A list of respondents can be found at AnnexB.