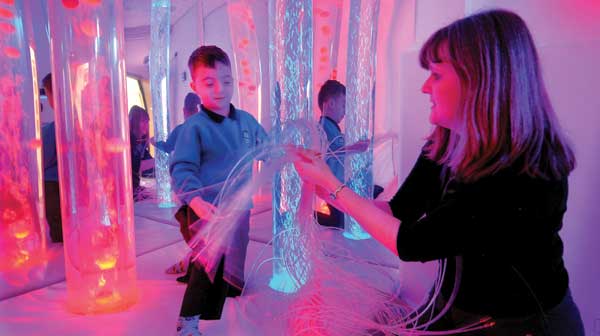 ANNEX A
MEMBERSHIP OF THE SCHOOL ESTATE STRATEGY WORKING GROUP

The joint Scottish Government - COSLA announcement in September 2008 accepting all of the recommendations in the Audit Scotland Report Improving the school estate also signalled the establishment of a joint Working Group to develop a new School Estate Strategy. It included representatives from the Society of Local Authority Chief Executives ( SOLACE) and from the Association of Directors of Education in Scotland ( ADES), and latterly from the Scottish Futures Trust ( SFT).

The Working Group met approximately monthly between September 2008 and April 2009 and, last autumn, took evidence directly from a wide range of interests and stakeholders as to what the new Strategy should contain and focus on. There was also a well attended 'stakeholder event' held in November 2008, to which authorities and many others were invited. That was followed by a 'pupil event' in February 2009. Both were opportunities for the Group to share and discuss much of the emerging thinking and findings, and to listen, gauge reactions and take note of views.