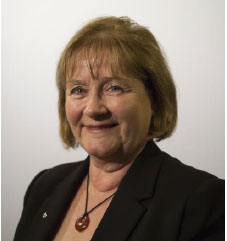 The Adults with Incapacity (Scotland) Act 2000 was one of the first substantive pieces of legislation passed by the Scottish Parliament after it was re-established in 1999.

For the first time, Scotland had a comprehensive regime to protect the rights of people lacking in capacity. This replaced a myriad of common law, some of which dated back to the middle ages. The principles embedded in the legislation, which must inform and be applied to decisions regarding interventions under the legislation earned Scotland an international reputation for being a leading example of a country that had created good legislative practice.

Nearly 20 years on however much has changed. Significant court decisions have raised concerns about the way residential care for adults is authorised. The Scottish Government’s commitment to fully implement the UN Convention on the Rights of Persons with Disabilities means we need to be satisfied the Adults with Incapacity legislation meets the requirements of this convention; the increase in the number of guardianships under the legislation has resulted in significant delays in processing applications, meaning persons in need of help under the legislation are sometimes adversely affected because of these delays.

The time has come therefore to review the way the current legislation is working and to consider proposals for change. This consultation paper is the outcome of informal discussions with a wide range of stakeholders and service users who gave up valuable time to meet with Scottish Government officials to discuss what works well about the law as it stands, and what needs to change. We are grateful for their time and contributions, and grateful to those of you who are taking the time to participate in this consultation.