Most surface water flooding models apply design rainfall profiles of a known likelihood (return period) to a digital terrain model ( DTM) of the landscape (Figure 1). The rainfall is converted into runoff at a rate depending on the land use type (rural or urban) and then routed along flow pathways (e.g. sloping streets) to low points where it may pond. Through examining the maximum extent and depth of flooding at each point in the modelled area we can determine the homes, businesses and infrastructure which are likely to be exposed to flooding. Over urban areas, a portion of the rainfall input is completely removed to account for the role that urban drainage systems have in removing water from an area. Much of the remaining runoff is routed in the model to natural river channels but a portion cannot reach these 'sinks' in the system and the model indicates where this residual amount may result in flooding. The model is further enhanced by the representation of buildings which are added to the terrain model. Buildings act to control the direction of flows through urban areas. 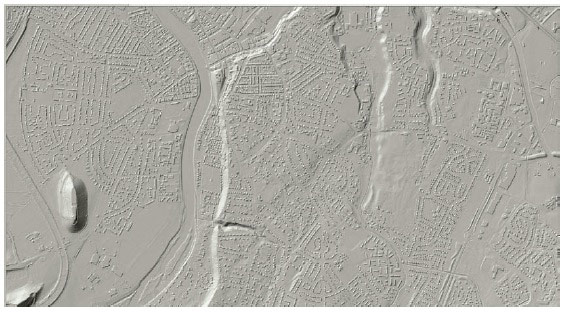 Figure A1 - Representation of the ground is a key component of surface water flood modelling. The example above is a Digital Terrain Model ( DTM) produced from LiDAR data with buildings represented.

In some circumstances the complex interaction of sewer systems, watercourses and overland flows mean that the simplified modelling approach described above is inadequate and models inaccurately predict flooding and therefore cannot be used to help design robust solutions. In these circumstances a more detailed modelling approach can be used which includes explicit representation of the sewer system and watercourses which act as important conveyors of surface water underground and through towns and cities. These more detailed models (sometimes referred to as integrated urban drainage models or integrated catchment models) are time consuming and costly to prepare and require the collaboration of different organisations. Their use is therefore reserved for areas of highest risk and only where complex flooding mechanisms exist.

The types of modelling used to examine surface water flooding and the operation of integrated urban drainage systems is described more fully in section C of the CIWEM Urban Drainage Group's guide to Integrated Urban Drainage Modelling (2009). The guide provides advice on where more detailed modelling approaches are warranted.

To support a risk based approach to the assessment and management of surface water flooding and to determine where effort should be focused (this may include focus for certain measures e.g. structural measures, awareness raising or further modelling) drainage areas or flooding 'hot spots' should be identified. 'Hot spots' are concentrations of localised flooding (e.g. street or neighbourhood scale) which most likely have a single or linked cause. The area influencing the hot spot, that covers the main sources and pathways of surface water to the hot spot, is called a 'drainage area'. Drainage areas can be defined through examining the topography and underground drainage connections; it is the zone of influence for the flooding hot spot and the region within which measures to reduce the likelihood of flooding are most likely to be implemented. The flood consequences across different hot spots and drainage areas can be compared. 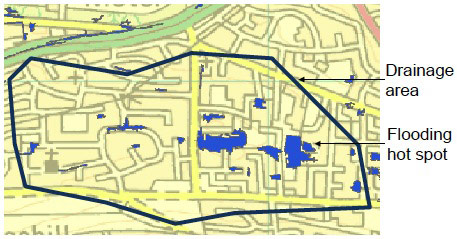 Figure A2 - Indicative example of a surface water flooding 'hot spot' and its associated drainage area.