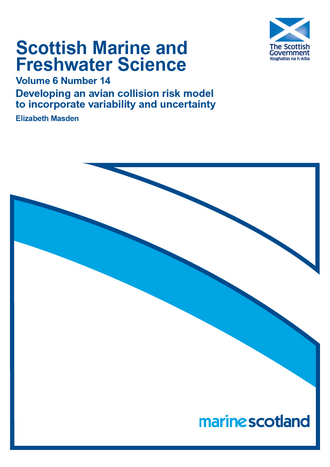 This project was funded through a NERC knowledge exchange grant (grant number NE/L002728/1). The work was overseen by a project group comprising Aonghais Cook and Lucy Wright ( BTO), Ian Davies (Marine Scotland Science), Aly McCluskie ( RSPB), Marcus Cross (ScottishPower Renewables), and Kit Hawkins (HiDef Aerial Surveying Limited). However, this document is not officially endorsed by any of these organisations and does not constitute guidance from statutory bodies.

The original R model code from which this model update was developed was written by Aonghais Cook. Seabird data were provided by the RSPB from the FAME project, with particular thanks to Ellie Owen. Many thanks also to those who participated in the stakeholder interviews.