This document accompanies the Scottish Government's fourth annual update to Parliament on its support for the Veterans and Armed Forces community in Scotland since the last update in December 2019.

2020 has been nothing short of unforgettable for reasons that none of us could have envisaged. Not a single person in Scotland has been unaffected by a crisis which has undoubtedly been the single biggest challenge we have faced in our lifetimes. The past eight months have been unrecognisable in so many ways: balancing, and often conflating, home and work life in a way never experienced before; an unprecedented national lockdown; wearing face coverings to help reduce the spread of a virus; and mostly using virtual methods to connect with colleagues and at times family and friends.

Yet, in spite of the devastating impact COVID-19 has had on individuals, families and our society, this year has been a significant one for the Veterans and Armed Forces Community. We commemorated the 75th anniversaries of VE and VJ Day – the end of the Second World War – and the 80th anniversary of St Valery-en-Caux, events which allowed us to pause and reflect. At a time when we were being asked to make difficult and significant changes to almost every aspect of our daily lives, we had the opportunity to consider the sacrifices of generations past and the selflessness and courage of our Armed Forces. The safety, peace and freedoms that we so often take for granted today would not have been possible without these sacrifices.

This is the fourth annual update to Parliament on support for the Veterans and Armed Forces Community in Scotland and my third as Veterans Minister, a role I am extremely passionate about and take immense pride in. Despite the challenges we have all faced this year, my focus remains the same: ensuring that our Armed Forces and Veterans communities in Scotland receive the best support and care; they are not disadvantaged as a result of their Service; and Scotland is the destination of choice for Service leavers and their families.

At the beginning of the year, following an extensive nationwide consultation, we published our response to the Veterans Strategy, Taking the Strategy Forward in Scotland, which sets out how we will deliver our commitments between now and 2028. This provides us with a clear vision and aims against which we can focus our efforts and be held to account. Delivering these commitments will be a collaborative effort with partners across the sector and my Ministerial colleagues across government. Indeed, the Strategy itself was developed on the basis of close co-operation, collaboration and partnership. I am committed to continuing this joint-working approach to deliver holistic outcomes which ultimately make better the lives and experiences of our Armed Forces personnel, Veterans and their families. We have progressed a number of our Strategy commitments which I am delighted to share in this report.

The format of this annual update follows last year's and broadly mirrors the themes of the Commissioner's reports and the Veterans Strategy. It covers the full breadth of work done across the Scottish Government and by public sector partners in support of the Veterans and Armed Forces Community. It contains chapters on health, housing, employability and skills, education as well as broader support, setting out progress since my last update.

The role of the independent, non-statutory Scottish Veterans Commissioner has now been firmly embedded and in June this year he published an interim, at-a-glance assessment of progress made against each of the former commissioner's 63 recommendations. I was pleased that, again, the picture was broadly positive and it was acknowledged that further progress had been made since his review last year. We will continue to prioritise the delivery of these recommendations and have been working closely with the Commissioner to contribute to his full 2020 progress report.

Going forward, the Commissioner has established his priorities and we welcomed his scene-setting paper on Transition last year and look forward to reviewing the recommendations in his forthcoming new Employability, Skills and Learning paper. I have been clear that supporting Veterans and their families to develop their skills and find fulfilling, meaningful employment is a priority. I was delighted to announce in September that the Veterans Employability Strategic Group was being refreshed with new co-chairs - Sue Bomphray from Barclays and the Scottish Government's Director for Fair Work, Employability & Skills, currently David Wilson. The Group still has a vital role to play in improving the opportunities for, and lives of, Veterans in Scotland and is developing a new and ambitious purpose and vision.

I am also pleased to announce two key achievements in relation to employment. Firstly, the Scottish Government is offering work placements and Fixed Term Appointments (FTA) to Veterans through the Going Forward Into Employment (GFIE) programme. Working with the Career Transition Partnership to identify candidates, the initiative will give us the opportunity to take on Service leavers and Veterans through short placements and FTA which could subsequently be converted to permanent. Secondly, we jointly funded with the Welsh Government a Capitalising on Military Family Talent Toolkit which will be formally launched at the end of November. This includes information for employers on the benefits of employing military family members. It will encourage businesses to offer sustainable and good quality employment to Veterans and family members, particularly military partners.

We can be under no illusion that, despite our best intentions, clarity of purpose and real sense of optimism following the publication of our Strategy response, COVID-19 has been indiscriminate in its impact. Government was re-directed, priorities reviewed and work stopped. We had to be ruthless in our approach to prioritisation to guide Scotland through this colossal challenge. However, in spite of this, we have made real and sustained progress in a number of areas and against several Strategy commitments. There is no doubt that we have more to do, but the picture is still a positive one and I am encouraged with what we have achieved this year. In particular, I would highlight: the Scottish Government continues to invest in the Scottish Veterans Fund and in 2020-21, in partnership with Standard Life Aberdeen, funded 15 Projects totalling £166,127; we are contributing £750k to the Unforgotten Forces Consortium over three years to improve the health, wellbeing and quality of life for older Veterans in Scotland; we facilitated the launch of the Veterans Railcard for use in Scotland and committed funding to offer an additional discount on the railcard; we provided £1.4m of funding to Combat Stress to provide a range of specialist and community-based services for Veterans and we've jointly funded with six local health boards for the Veterans First Point Network; and this year will launch the Scottish Veterans Care Network.

I am enthused by these developments which have made real improvements to the lives of the Veterans and Armed Forces Community. Going forward I am committed to continuing to better the experiences of serving personnel, Veterans and their families in Scotland and delivering on the vision, aims and principles of the Veterans Strategy. 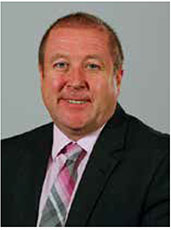