Why does Scotland want to be an open government?

We recognise that it’s important for people to get the information they need in order to understand how open government works. We also know that people in Scotland have a lot of experience and knowledge that can help. By working together we make better decisions, and you are able to trust the process and the decisions we make.

When First Minister Nicola Sturgeon took office, she said she wanted to lead a government that was ‘open and accessible’. Open government is one way in which we are working towards that vision. In 2016, Scotland was selected to join the Open Government Partnership[6] as one of 15 countries or regions around the world to bring innovation at all levels of government.

What have you done so far?

In 2017 we delivered our first action plan[7] working partnership with the Scottish Open Government Network.[8] The network grew through consulting and involving people and organisations, and now has over 300 members. In 2018, the Open Government Steering Group was set up, providing more structure for overseeing the direction of open government in Scotland and helping to make formal the partnership between communities and government. We have spent 2018 developing the second action plan. The UK Government is also a member, and Scotland, like Wales and Northern Ireland, is able to add its own commitments to the UK’s open government action plans. 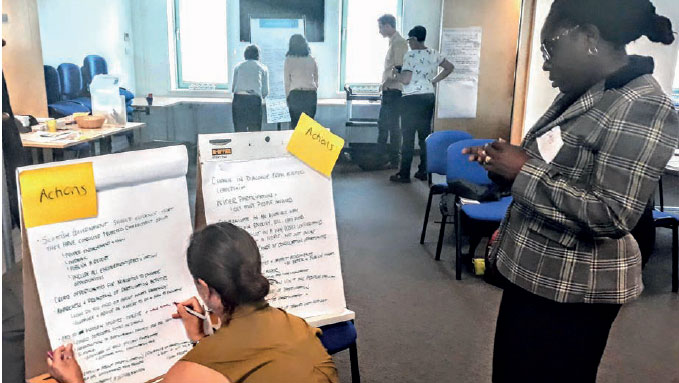 What is the Open Government Network?

Scotland’s Open Government Network is a group of active and interested people and organisations. They are committed to making government at all levels work better for people in Scotland through becoming more transparent and accountable and encouraging public involvement. Scotland has had a small network of individuals and organisations interested in open government for several years. The network serves as an ‘engine’ for new ideas and a voice to join with and challenge government.

Who runs the network?

The network has, until recently, been supported by the Scottish Council for Voluntary Organisations (SCVO),[9] through the Big Lottery-funded Open Government Pioneers Project,[10] but it is run by its members. Some members are elected to sit on the Scottish Open Government Partnership Steering Group,[11] which helps set the direction for open government in Scotland.

Anyone with an interest can join the network. Visit the Open Government Network website[12] to become a member. It’s free and you can be involved as much or as little as you like.