As a nation, Scotland has been an active and committed member of the European Union and supporter of the European project for the last 40 years. This has benefited both Scotland and the EU. The advantages of EU membership have been felt all across Scotland. Individuals, businesses and communities have gained from the ability to live, study, work, trade and travel across 28 Member States. In return, the EU has benefited from Scotland as a constructive partner, offering expertise and leadership in areas ranging from research to marine energy, and from climate change to progressive social policies.

That partnership is now in peril following the UK's EU Referendum. The result of the referendum in Scotland was clear: 62% of those who voted - and every single council area across the country - chose Remain. In other words, at a time when there is fierce debate over Europe, Scotland voted resoundingly to continue to contribute positively to the future of Europe and the Single Market. Despite such a massive vote of confidence, there is a real risk of Scotland being taken out of the EU and the Single Market against our will. This is not only democratically unacceptable, I firmly believe that maintaining Scotland's place in Europe has been, and will continue to be, beneficial for Scotland and for the rest of Europe.

This publication explains the historical, political and legal background to Scotland's voice in this debate. Scotland has a clear constitutional and political right to have its voice heard. Moreover, we will use that voice to promote a progressive, outward-looking and confident Europe, better equipped to face the many challenges which lie ahead. 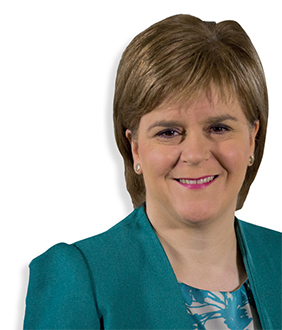 I firmly believe that maintaining Scotland's place in Europe has been, and will continue to be, beneficial for Scotland and for the rest of Europe.