The average weekly rent figures shown in Table 4 below are for Housing Association General Needs lettings only and only include Scottish Secure Tenancies (SSTs), 87% of lets were recorded as such. Supported lets have been excluded as the associated rents tend to be higher and there is uneven distribution of supported units throughout the country.

Rent levels can be affected by numerous factors such as property size (and, consequently, household type), whether they are a new or existing property and whether they are furnished. Where households are on low incomes they may receive Housing Benefit (or the housing element of universal credit) to pay all or part of their rent.

Correspondingly average rent levels were highest amongst households made up of three or more adults and a child or children. Such households paid, on average, £86.09 per week in rent. 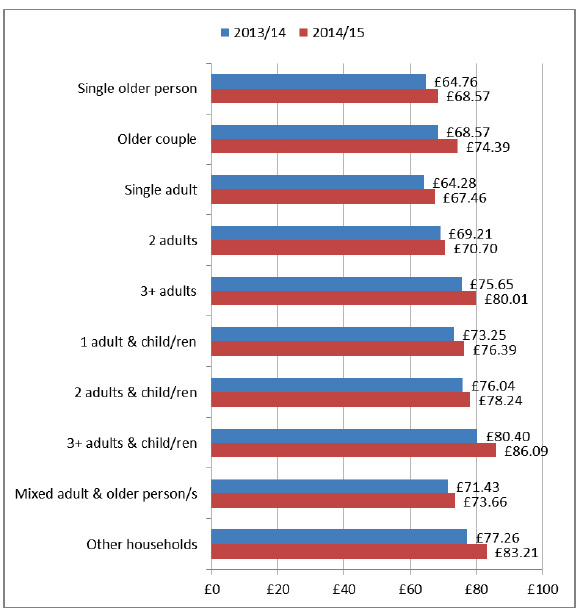 Scottish Secure Tenancies (SSTs - the most common tenancy type amongst social tenants) accounted for the vast majority of lettings recorded in SCORE (97.9% for 2014-15). Short Scottish Secure Tenancies (Short SSTs - these can be offered by social landlords in a small number of defined circumstances) accounted for only 1.4% of lettings in 2014-15 - the remaining 0.7% of lets were Occupancy agreements. Full definitions of SST and Short SST tenancies can be found here: www.scotland.gov.uk/Topics/Built-Environment/Housing/16342/management/tenantrights 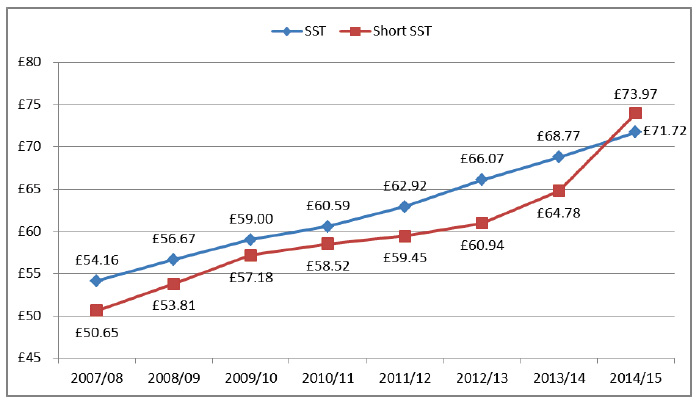 The lowest housing costs were for dwellings designed for general purpose use at £74.00, an increase of £2.42 from 2013-14. These general purpose (or general needs) properties account for the majority of lettings recorded in SCORE, 85% in 2014-15.

Sheltered housing for older people accounted for around a tenth of the dwellings let during 2014-15. This type of housing provides a number of features in addition to the standards for general needs housing (such as an emergency call service and possibly a warden) and so the costs associated with it are higher. The average weekly cost for such properties was £118.39, up by £6.55 from last year when the weekly rent was £111.84. 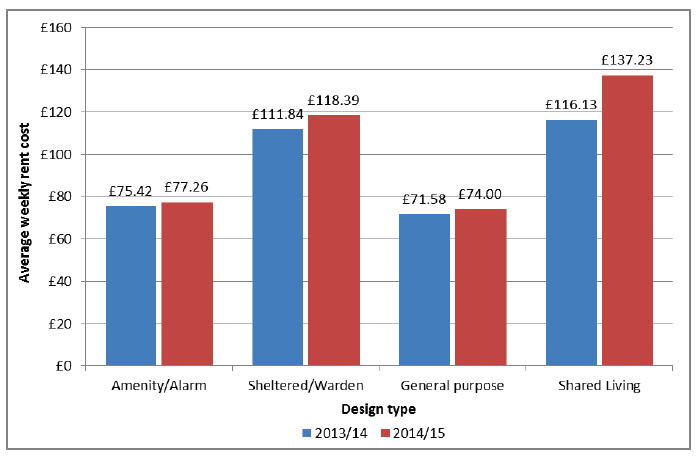 NOTE: The remainder of this document makes use of income data collected through the SCORE form. Whilst a total of 19,564 SCORE forms were submitted many of these did not include completed income information. Income information was provided for 8,370 lettings (43%). No attempt has been made to account for this missing information and so care should be taken when using the income, Housing Benefit eligibility and affordability figures.

The average weekly household income will depend upon the household type and their economic status amongst other things and this needs to be kept in mind when comparing average income over time or between areas.

For example households with new lets in Shetland Islands had the highest average weekly household income of any local authority in Scotland (£367.86 in 2014-15). This can be partly explained by the high proportion of households working full-time (53%).

Average weekly income has increased across most household types, the exceptions being those with 3 or more adults and no children and 'other' households that do not fit into any other category.

Perhaps not surprisingly, the highest average weekly household income was found amongst household with 3 or more adults and at least one child at £432.00. The lowest was for single adult households at £158.65.

The rules around Housing Benefit changed in April 2013. Under the new rules the level of Housing Benefit paid to working age households deemed to have 1 or more spare bedroom may be reduced. Whilst in most cases the information collected by SCORE allows us to determine whether a household has a spare room it cannot account for all of the factors used to determine this. Further details can be found in the annex. 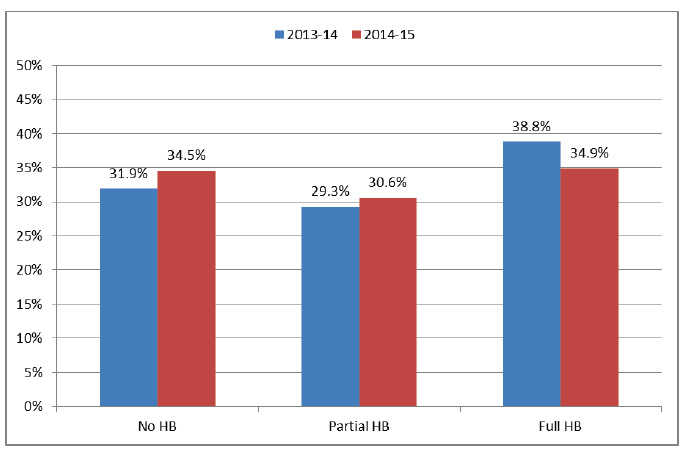 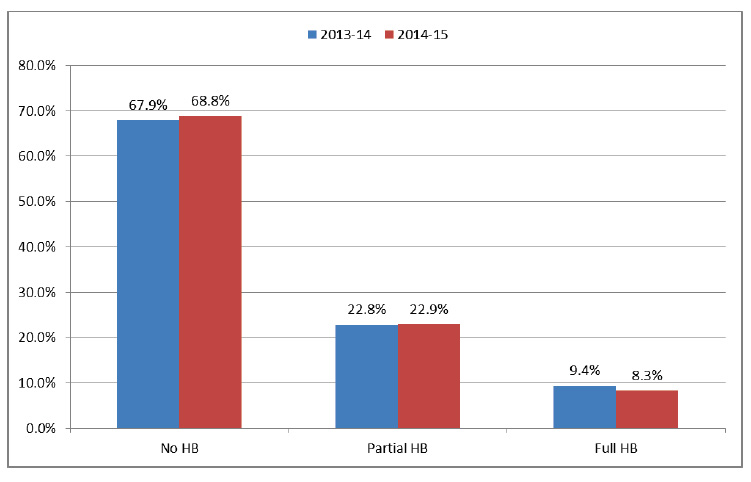 The affordability measure used by SCORE and defined by the Scottish Federation of Housing Associations (SFHA) is that a member of the household working 35 hours per week or more should have an income which allows the rent to be paid without reliance on Housing Benefit i.e. if in full-time employment, one should not need Housing Benefit for rent to be affordable. If a household is not eligible for housing benefit then it is deemed to 'pass' the affordability test. If, on the other hand, it is eligible for housing benefit then it 'fails' the test. 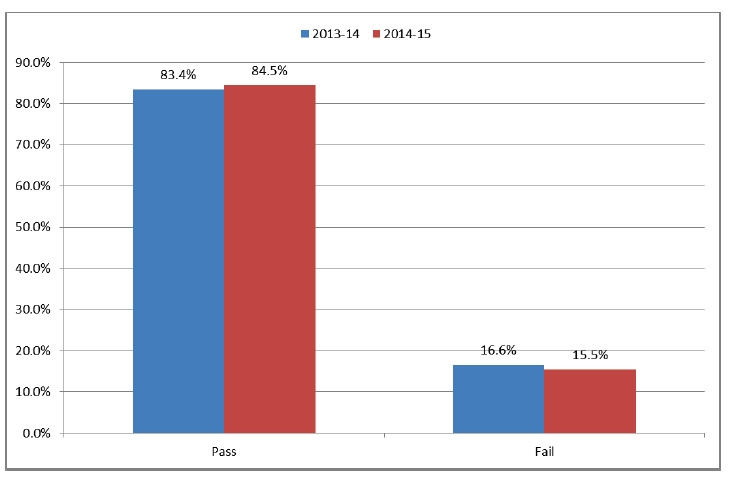