An Additional Analysis of Fraud

This bulletin also includes a topical analysis of police recorded Fraud, whereby a random sample of 500 crime records from 2018-19 were reviewed.

Key Points from research into Fraud:

Official Statistics on Clear up rates

Clear up rates measure the percentage of recorded crimes that have been cleared up. For further information on the statistical designation of this data and a definition of clear up rates, please refer to Chapter 4. 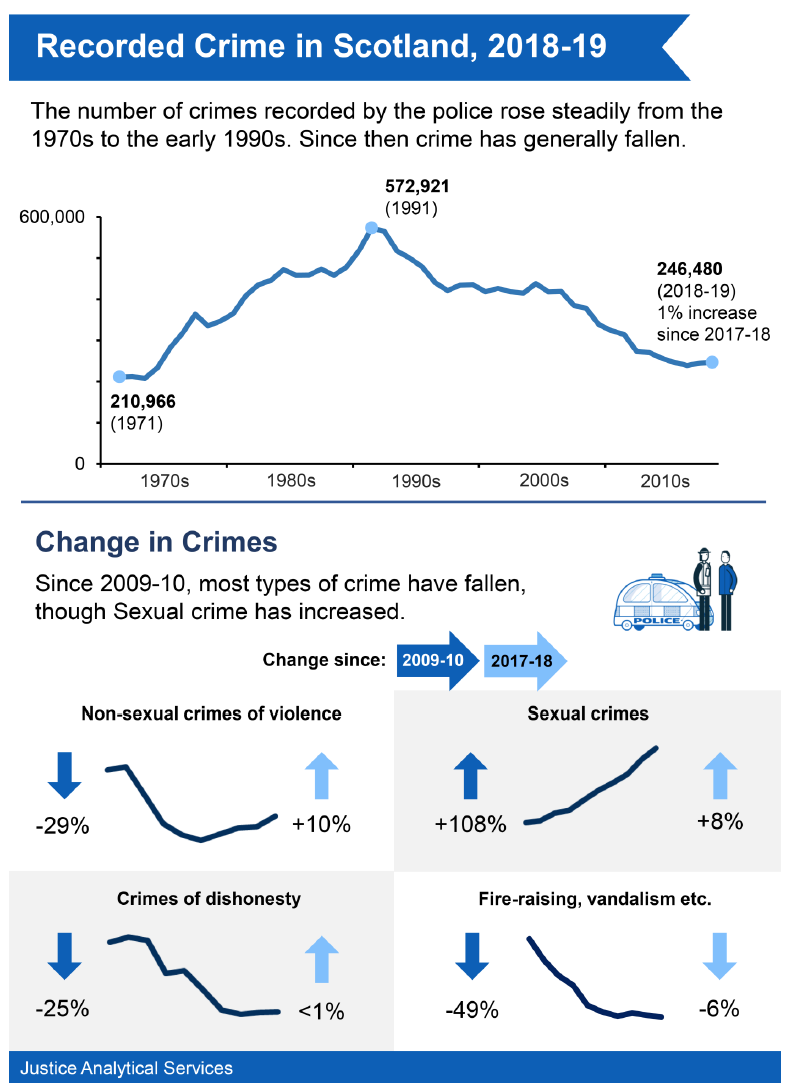