Table 2: total funds paid to creditors in discharged cases compared to total payments made into the PTDs

Table 4 analysis of realisation in Trust Deeds since 2014

* the information under column c is taken from the heritable asset field which has been used by trustees for a number of different pieces of information such as nominal payments relinquishing interest in property or an amount equivalent to one or two extra years of contributions. It will not always mean money coming direct form sale of equity.

Category one and category two disbursements are shown in the outlays field of Form 3 (reporting the initial fee and estimated costs) and Form 4 (reporting costs actually incurred at a later date) for each PTD. Statistics presented below are shown for trust deeds granted on or after 28 November 2013. Data is not available for cases granted before that date, as it was the 2013 regulations which, along with introducing the fixed fee, separated outlays from that fixed fee. Note that in the Form 4 outlays (including statutory fees) are combined with third party fees whereas in the Form 3, outlays are separate from third party fees. To allow for a comparison to be made between Form 3 and Form 4, outlays (including statutory fees) and third party fees from Form 3 have been combined. 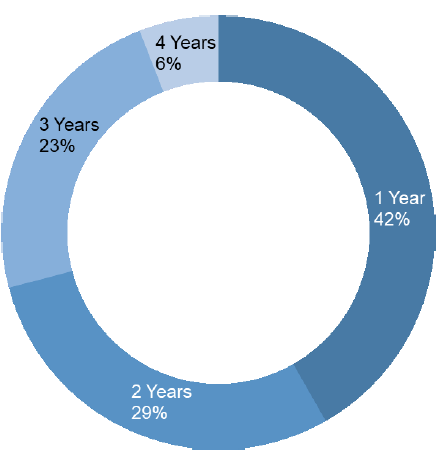 For cases with one year of Form 4 information (Form 4: 1 Year) expected fees for all cases have increased from £9.0 million, as estimated in the Form 3, to £9.5 million in the first year of the PTD, an increase of 5.4%. For cases with two years of Form 4 information, there the increase after the first year grows to 17%. In the second year, expected outlay and third party fees increase again when compared with the estimated costs from the From 3, an increase of 30%.

Chart 2: Change in final expected outlay and third party fees between Form 3 (estimate) and each year of PTD (Form 4) 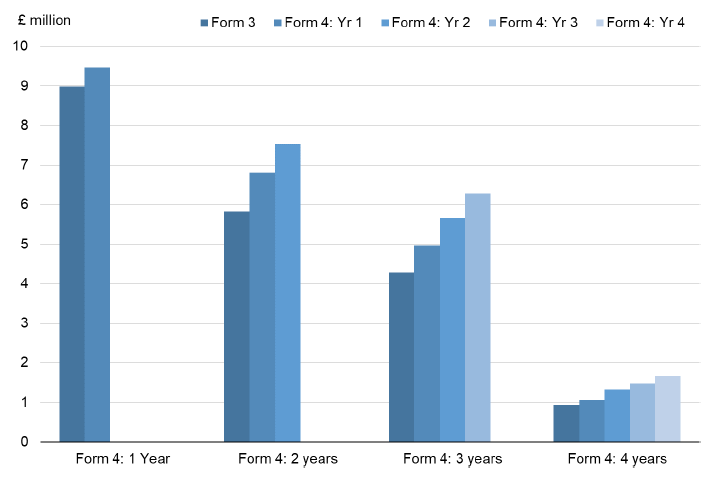 For all cases we can compare the outlays on Form 3 with the final expected outlays on Form 4. Where there is more than one Form 4, the latest one has been used. We see in Chart 3 below that total fees for all cases on Form 3 was £20.0 million and the final expected on Form 4 was £24.9 million, an increase of 25%. Overall, 72% of cases saw an increase in their outlays between Form 3 and their latest Form 4. The average of expected outlays per case for Form 3 was £1,300; at the Form 4 stage the average had increased to £1,600.

For cases where third party fees were recorded as zero on Form 3 (9,569 cases) fees increased from £11.2 million to £13.4 million, a 20% increase and similar to the increase for all PTDs. 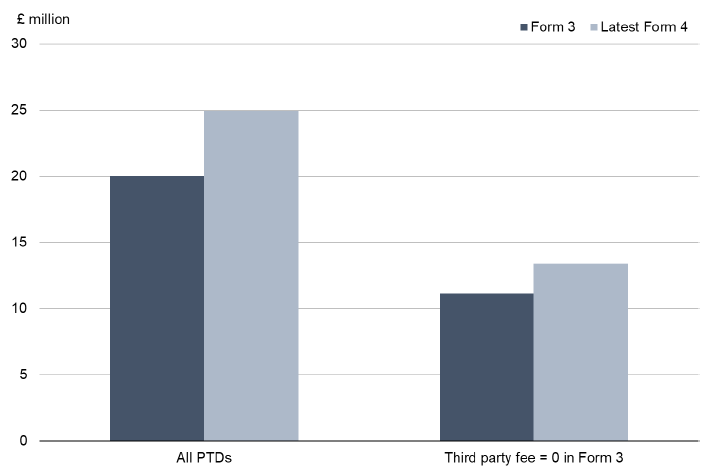