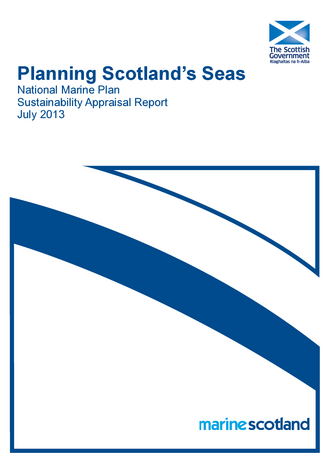 7.1 The consultation on the draft NMP and the accompanying SA Report and BRIA is now open, and will close 16 weeks after publication of this report. Views on this SA Report, and the draft plan to which it relates, are now invited.

7.2 Following the consultation period, the responses received will be analysed, and the findings from this analysis will be taken into account in the finalisation of the NMP (scheduled for submission to the Scottish Parliament in 2014). Upon adoption of the NMP, a Post-Adoption Statement will be prepared, reflecting on the findings of the assessment and the consultation, and outlining how the issues raised have been addressed.

7.3 Copies of the draft NMP, the SA report and the BRIA are available for viewing during office hours at the Scottish Government library at Saughton House, Edinburgh (K Spur, Saughton House, Broomhouse Drive, Edinburgh, EH11 3XD).

7.4 Please send your comments to the Marine Scotland NMP team, by 13 November 2013, at the following address:

Table 5. Cumulative effects of the draft NMP and SPP