* New * (Updated) The prison population has risen from its lowest point at the end of May 2020. Friday population figures published by the Scottish Prison Service, show that the prison population rose from around 7,500 in April 2018 to around 8,300 in November 2019, but fell sharply in the early days of the lockdown in 2020. This was due to a drop in the number of sentenced admissions following the Covid-19 outbreak and the early release of prisoners. 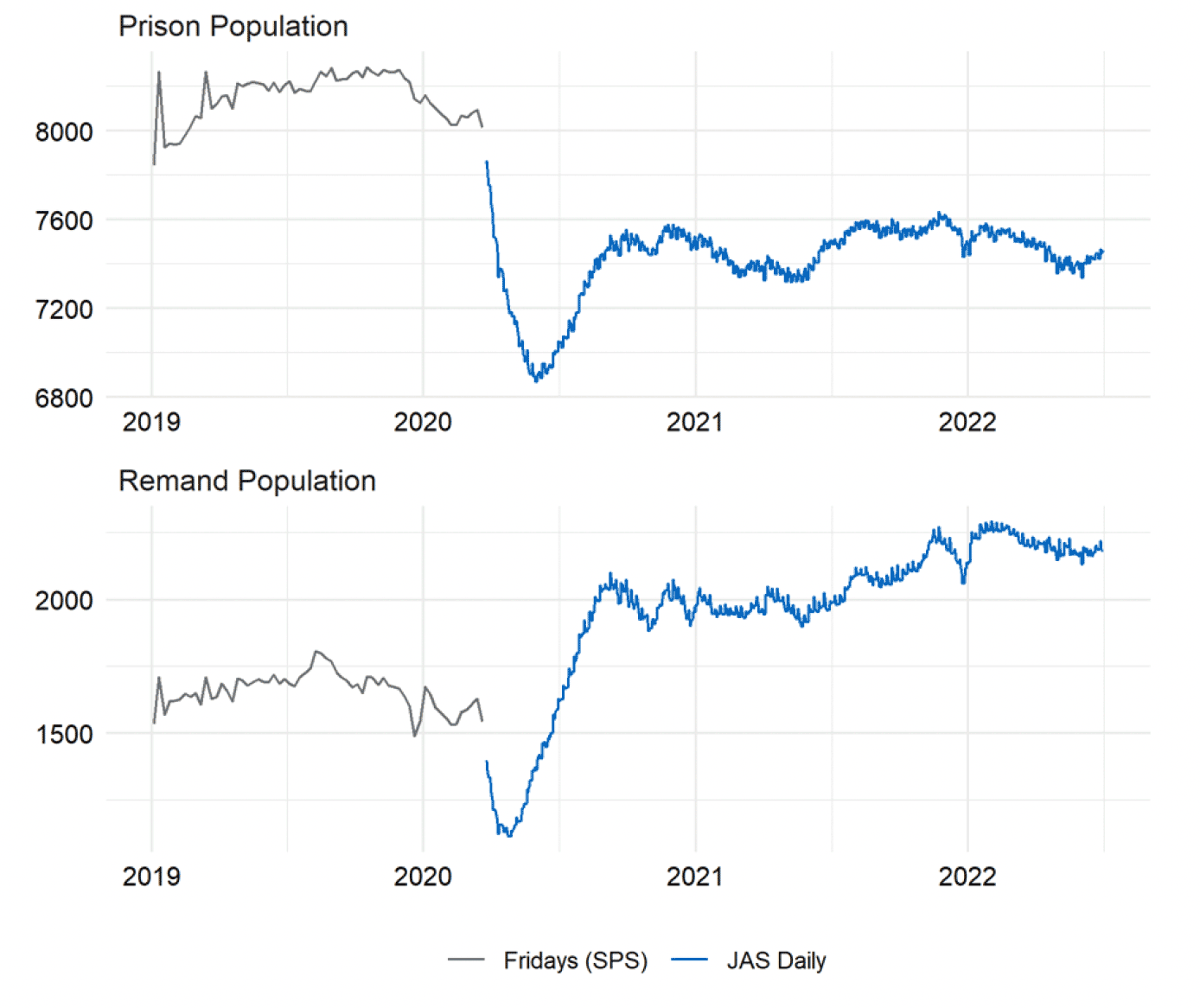 While the overall prison population is lower than pre-pandemic levels, the number of people held on remand remains at a historic high. The changing levels across groups that are required by law to be housed separately – like those on remand – pose growing difficulties in the management of the prison population.

Among the 2,181 people on remand as of the morning of Friday 1st July 2022, the median continuous time spent with this status to date was 78 days.

Note: The remand population includes individuals whose trial has commenced but not concluded, as well as those awaiting commencement of a trial. As a result, the figures referenced above reflect only that an individual has held the same status for an extended period, but do not reflect the relationship between these times on remand and the ongoing court procedure(s) to which they relate.

There were 726 un-sentenced arrivals to prison with known offence types in June, awaiting trial or sentence for the following alleged offences.

Note: Double-counting may occur where an individual arrives, is absent from prison for one or more nights in the month, and then returns before the end of the period. Where an individual has multiple alleged offence types in a single stint, the offence towards the top of the list in the chart is used as the index offence.

The crime categories presented here have been revised in line with those presented in Recorded Crime in Scotland, 2021-22: