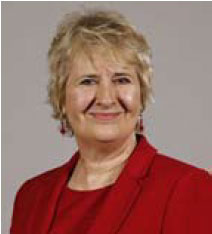 The Protection of Wild Mammals (Scotland) Act 2002 represented a step change in the humane treatment of wild mammals to better reflect the outlook of civil society in 21st century Scotland.

A key facet was to outlaw the pursuit of mammals by dogs, a practice which (in conjunction with the ensuing capture and killing) resulted in deeply felt ethical concerns.

The Act also, however, recognised the need for the continued deployment of dogs to stalk, search for and flush wild mammals in certain specified circumstances, for example to assist with pest control to protect livestock and provided that the target animal, once flushed by dogs, is shot (or killed by a bird of prey) once safe to do so. The Act achieved this by providing a number of exceptions to the offence of hunting, thus allowing much of the culture and infrastructure associated with hunting as it once was to remain, even if the practice changed markedly. Some would say it has not changed enough.

Since the Act came into force, we have continued to hear concerns from stakeholder organisations and the public about hunting with dogs. This led us to consider whether the 2002 Act was achieving its intended purpose and in late 2015, we appointed the Rt Hon. Lord Bonomy to conduct a review.

Lord Bonomy’s report represents a significant milestone in the ongoing debate on the ethical use of dogs to stalk, search for and flush wild mammals. It is a considered, objective and comprehensive examination of a number of complex issues with a deliberate focus on an area of particular and sustained controversy in recent years: mounted fox hunting. His conclusions contain a number of potential improvements to the conduct of operations under the Act and to the interpretation and enforcement of the Act itself. We welcomed his report and are now taking action on each of his recommendations.

Our response is being progressed via two concurrent strands of work. The first was the establishment of a stakeholder group in June 2017 to develop a new Code of Practice for hunting and also to look into the viability of a new hunt monitoring scheme. That work continues apace. The second strand is to consider Lord Bonomy’s recommendations for legislative reform with particular regard to interpretation and enforcement.

This consultation therefore seeks to progress the second of these strands by exploring each of Lord Bonomy’s recommendations for improvements to the legislation. I anticipate that it will generate a high degree of interest. Indeed, some aspects are likely to be viewed by some as controversial and will require very careful thought before we commit to pursuing legislative change. Your contribution will therefore be of considerable value in informing our thinking and I am grateful for your participation.