The private sector is the biggest contributor to overall house building, accounting for just under four-fifths (74%) of all homes completed in the 12 months to end June 2018.

Chart 6: Quarterly new build starts and completions (private-led), since 2007 up to end June 2018

In 2008 (year to end June) the number of private sector homes started was just over 20,200, while completions were just under 20,000. Private sector led new build housing was hit particularly hard by the recession. The number of homes completed dropped steeply between 2008 and 2010 then continued to decrease more gradually to just over 9,900 in 2013. Since then, the number of homes completed has increased each year, except for the latest year, bringing completions to just under 13,500 in the year to end June 2018.

Map B shows the rates per 10,000 head of population (based on the latest mid-2017 population estimates) of private sector led new build completions in each local authority for the year to end June 2018.

The highest completion rates have been in East Lothian, Midlothian, Renfrewshire, Aberdeen City and Highland. The lowest rates meanwhile, have been in Angus, Inverclyde, Argyll & Bute and North Ayrshire. 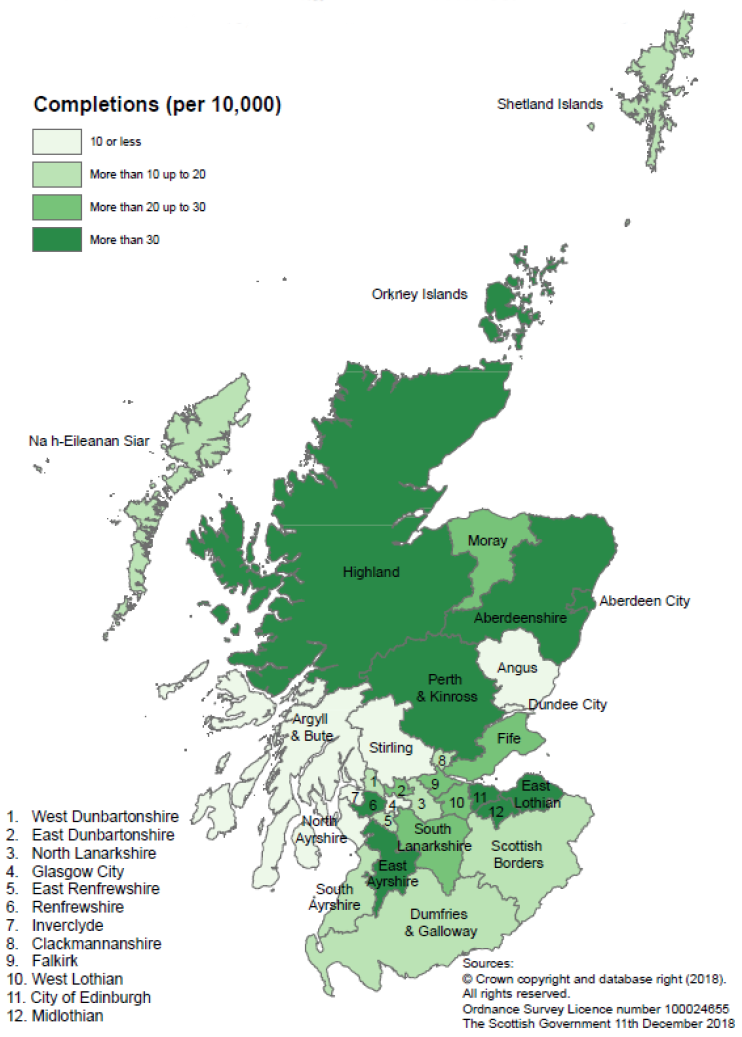