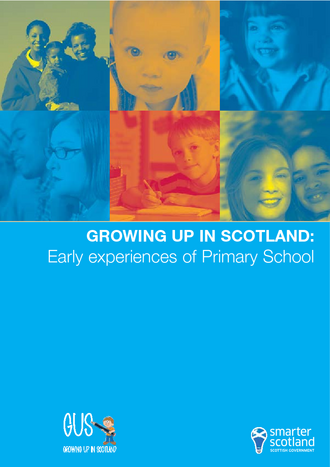 It is well known that parental involvement in children's education from an early age is associated with educational achievement (for reviews see Desforges and Abouchaar 2003, Henderson and Mapp 2002, DCSF 2008). In addition, it has been found that the more intensely parents are involved, the more beneficial the achievement effects. This holds true for all types of parent involvement in children's learning and for all types and ages of students (Cotton and Wikelund 2001). Cotton and Wikelund (2001) stated that considerably greater achievement benefits have been noted by researchers when parent involvement is active - when parents work with their children in the home, but also when they attend and actively support school activities and when they help out in classrooms or on field trips, and so on.

Previous research has established a firm link between parental involvement and educational achievement and has demonstrated large differences between parents in their level of involvement in school activities (Desforges and Abouchaar 2003). Henderson and Mapp (2002) found that white, middle-class families in America are more likely to be involved at school than other types of families. Desforges and Abouchaar (2003) also reported that levels of involvement are positively related to social class and to maternal levels of education. Single parent status and problems with maternal psycho-social health (especially depression) have a negative impact on involvement. In Britain, DCSF (2008) reported that parents from Black British ethnic backgrounds are more involved in their child's school activities. They also reported that some groups of parents are less likely than average to feel very involved in children's education, for example parents from white or Asian backgrounds, lone parents, and parents who left education at a younger age.

The Scottish Government is committed to improving the involvement of parents in their children's education and in the work of schools themselves. The National Debate on Education in 2002 identified a need for increased parental involvement in their children's education. In response the Scottish Executive produced "Educating for Excellence" (2003) which identified the importance of improving partnerships between key stakeholders, in particular parents and schools. In 2006 the Scottish Parliament passed the Scottish Schools (Parental Involvement) Act which aims to help parents to be:

The Act was introduced to help parents, carers and schools work together as partners in children's learning. It places duties on schools, local authorities and Scottish Government to make it easier for parents to become involved.

In 2009, Consumer Focus Scotland commissioned a survey of 1000 parents to look at the impact of the Act (Consumer Focus Scotland, 2009). They concluded that: "The increase in the number of parents who are members of Parent Councils, and other school-based parent bodies, is an endorsement of the change to reduce restrictions on membership and increase the flexibility of representative structures". They do however, caution that since the changes were only implemented a year or two before the survey was conducted, they are still in the early stages of development. However, some indication is provided that the new structures are attracting a wider group of parents than their predecessors (School Boards). This chapter allows us to look at parental involvement in these formal activities as well as less formal activities and events four years after the introduction of the Scottish Schools (Parental Involvement) Act.

Note: Respondents could give multiple answers. Numbers will not total 100%.

Almost all parents (88%) reported attending more than one, and half (49%) had attended two or three events. The number of events attended was banded into four groups: 0-1, 2-3, 4-5 and 6 or more. Table 5.2 shows the distribution over these four groups.

5.4 Differences in involvement by socio-demographics

The proportion of parents in each of the four groups of school involvement was compared across key sub-groups of interest. The number of children in the household did not appear to influence the parent's involvement in the study child's school events, with parents with only one child just as likely as parents with more children to attend four or more events.

Family type, however, was associated with higher parental involvement. Lone parents were less likely to attend four or more activities or events than couple families. This finding is displayed in Figure 5-A.

Respondents (in most cases the mother) in part-time employment (less than 35 hours per week) were the most likely to attend four or more events or activities at the childs school, with 42% reporting having done so compared with 38% of full-time workers and 35% of respondents who were not working at all. The distribution of the number of events attended by work status is shown in Figure 5-C.

Finally, families in rural areas were more likely to have higher parental involvement in school activities than families in urban areas.

A description of the analysis and the full results are included in the technical appendix. Socio-economic occupation group, educational qualification and tenure were the only significant variables once other variables were controlled for. Work status and family type became non-significant in the presence of these variables, suggesting that it is social disadvantage that drives parental involvement rather than the time available to parents to become involved in school activities. Those parents in more socially disadvantaged groups (in lower socio-economic occupation groups, with lower educational qualifications and not in owner-occupied accommodation) were more likely to only be involved in one activity or none at all.

Of all the activities that the term parental involvement covers, those that are done 'at home' have been shown to be the most influential on child attainment (Desforges and Abouchar, 2003). As such, the Curriculum for Excellence has placed extra emphasis on parents as 'key partners' in their child's education, developing resources and advice to help with this. This section covers questions asked to both cohorts on the topic of homework. These questions collected information about the frequency homework is received and completed and on the extent to which someone at home helped the child with his or her homework.

Slightly different questions were asked of the child and birth cohorts. Where there is matching data and there were no differences between the cohorts, only data from the birth cohort are presented. Any differences observed are highlighted. The data are drawn from sweep 4 for the child cohort and sweep 6 for the birth cohort where, for both cohorts, the majority of children were in Primary 1 at the time of the interview, though some were in Primary 2.

The majority (71%) of children in the child cohort received homework every day or most days (Table 5.3).

Virtually all (93%) of those who received homework said that they always completed it and 6% said that they usually completed it. Just 1% of parents said that homework was only sometimes completed and less than 1% said it never was. Children from families living in more deprived areas were less likely to always complete their homework than were children living in less deprived areas (90% compared with 96%, Table 5.4). There were no statistically significant differences by the child's gender.

Note: Columns do not always add up to 100% due to rounding.

Parents aren't the only source of help that children may draw on when completing homework. Childcare arrangements mean that many children may spend the after-school period, when homework is arguably most likely to be completed, with grandparents or in after-school clubs. Parents of the child cohort were asked who helps their child with their homework 12 .

Figure 5‑D shows the range of people reported to help the child with his or her homework. The data show how, at this early stage of primary school, almost all (95%) parents are involved in helping their children with their work outside of the classroom. It also highlights the important roles of other relations, particularly grandparents and older siblings, in children's learning.

5.6.3 Ease of getting children to do their homework

Parents of both cohorts were asked how easy they find it to get their child to do their homework. The vast majority (85%) of respondents in the birth cohort said it was very or fairly easy, 7% said that it was neither easy nor difficult and 8% said it was fairly or very difficult.

Those parents who reported some difficulty in getting the child to complete his or her homework (8%) were asked to indicate why this was so. The main reason (reported by 47% of those who had difficulties) was because the child was not interested in their homework, tiredness (23%) and the child's preference for other activities (15%) also featured as common reasons (Figure 5-E).

Figure 5‑ E Reasons for finding it difficult to get child to do his/her homework, birth cohort

Base: Parents in the birth cohort who found it difficult to get child to do homework: weighted = 295, unweighted = 277.

Parental confidence when helping with homework has been shown to affect levels of involvement (Hoover-Dempsey, 2001). Confidence levels have been shown to be subject specific (Moon and Ivins, 2004) and decrease as the child progresses through education, often attributed to the increased complexity of the work (Williams, 2002).

Parents from the birth cohort were asked how confident they were helping their child with his or her homework. They were asked to indicate whether they were confident in all subjects or tasks, most subjects or tasks or not confident at all. The vast majority (89%) said they were confident helping their child with all tasks, 10% were confident with some and just 1% were not confident at all. This is similar to the figure reported by Df ES who found that 96% of Year 1 parents felt confident helping with their child's homework always or most of the time (Williams, 2002). Whilst confidence was generally high across all parents, some small variations did exist including, in particular, in relation to levels of parental education qualifications.

The impact of various socio-demographic factors on confidence levels, particularly education levels, is supported by research elsewhere (Davies-Kean 2005). Although unsurprising, it is interesting to note that these trends are apparent even at this early stage of schooling.

Interestingly, gender of the child influences how confident parents are helping with homework. One interpretation of this relationship may be that as girls tend to report better overall ability, they require less assistance from parents, and parents believe the child is doing it correctly.

Additionally, it appears that parental confidence levels are associated with how easy they find it to get the child to do his or her homework. Although it is possible that difficulties may stem, at least in part, from the parent's own confidence in tackling the tasks assigned to the child, it may also be that difficulties in getting the child to do their homework moderate confidence levels. However, what is clear is that parental confidence, whether measured by qualifications achieved, literacy difficulties or current occupational status, influences the homework experience.

Table 5.5 Parental confidence and ease of getting child to do their homework

Note: columns may not always add up to 100% due to rounding.