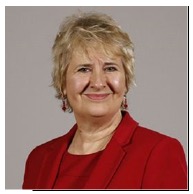 The Flood Risk Management (Scotland) Act 2009 introduced a more sustainable and modern approach to flood risk management. It designated all local authorities, SEPA, Scottish Water and Scottish Ministers, as ‘Responsible Authorities’, and laid the duty upon us all to work to reduce flood risk. It placed a great deal of emphasis on the importance of partnership working and co-operation among authorities to help achieve the goal of reducing flood risk.

We can now look back on significant progress, facilitated by the Scottish Government in delivering an ambitious agenda. SEPA published the National Flood Risk Assessment in December 2012. This evidence supported the development of the Flood Risk Management Strategies and associated Local Plans. In implementing these, local authorities are being supported through investment in flood protection measures. SEPA’s flood forecasting and warning service to the public has been extended, and the value of it was demonstrated by the preparedness and response of Scottish local authorities and emergency services during flood events. The Scottish Flood Forum has helped to support communities affected by flooding, and increased public awareness of action that can be taken by home owners to protect properties.

As we embark on the second cycle of flood risk management, we have gained valuable experience and knowledge, which will equip us well to pursue our goal to reduce overall flood risk in Scotland. This statutory guidance document has been updated to reflect that progress. No substantive changes in policy direction were required but progress and associate lessons learnt are included. Important amendments include stronger references to climate change based on latest scientific evidence, the addition of information on the increased risk of, and the need for management of coastal flooding and enhanced coverage of surface water management.

An independent assessment commissioned by the Scottish Government from the Adaptation Sub-Committee of the Committee on Climate Change shows that climate change is affecting Scotland now, with increases in seasonal temperatures, sea level and annual rainfall all being observed already. Future severe and disruptive changes in the climate during this century cannot be ruled out. Flood risk management is therefore a key part of the Scottish Government’s response to climate change, as highlighted in Scotland’s Climate Change Adaptation Programme.

I would like to thank all those who have contributed to the development of this guidance, and those who use it as the foundation upon which they deliver their duties. Scotland’s collective effort in flood risk management continues to be of great importance to provide the basis for a fair and thriving society.