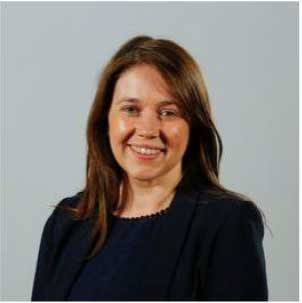 There is no doubt I am pleased with the progress we have made over the past year and that I am proud of our actions to support families on low incomes.  In 2018-19 we invested over £1.4 billion to support low income households including, for example, free school meals, our Pupil Equity Fund, delivering affordable homes and energy efficient measures, supporting people with council tax and new social security benefits.

However, part of that investment is over £100 million to mitigate against the effects of UK Government welfare policies.  Scottish Government research[1] has estimated that UK Government cuts since 2010 could reduce annual social security spending in Scotland by £3.7 billion in 2020-21.  There is now a variety of evidence and reports highlighting the damage caused by UK Government policies that have led to hardship, debt, and poverty.

The UN Special Rapporteur on Extreme Poverty and Human Rights articulated the harsh realities of the UK Government’s actions in his final report[2], published in May.  Professor Alston was highly critical of the UK Government’s welfare cuts and austerity and the impact this has on people, stating that the UK Government was presiding over the “systematic immiseration of a significant part of the British population”.  He also said it was “outrageous” devolved administrations had to protect people from another government’s policies.  I agree.  Imagine the impact we could have made if we had been able to spend that £100 million on other anti-poverty measures.

JRF has also pointed to a rise over the past few years of half a million children in the UK now living in poverty, and that in-work poverty is rising faster than employment driven by increasing poverty amongst working parents[3] due to UK welfare changes.  We are determined to reverse this trend, which is why we announced a new benefit designed to tackle child poverty head on.

The new Scottish Child Payment represents a significant investment in order to shift the curve on child poverty.  When delivered in full by the end of 2022, 410,000 children will be eligible – over a third of all children in Scotland – lifting around 30,000 children out of poverty.  And we are going further by introducing the payment early for eligible families with children under six, with the first payments being made by Christmas 2020, benefitting an estimated 170,000 children.

Taking such bold action shows our clear commitment to creating a fairer Scotland.  The payment has been described by the Child Poverty Action Group in Scotland as a ‘game-changer’ in tackling inequality, and is part of a broad range of measures we have put in place: from delivering affordable housing to significantly expanding early learning and childcare hours; from supporting people into work to promoting the living wage; and delivering our new Best Start Grant to providing advice to families on how to maximise their household incomes.

That is the kind of action we are taking, and we are doing this against a backdrop of uncertainty and stress caused by Brexit – another major risk to increasing poverty.  As the Scottish Government has made clear since 2016, leaving the EU will be disastrous for Scotland’s economy[4] and for the people of Scotland.  The potential scenario of a No Deal Brexit would see the poorest and most vulnerable in our society bear the greatest burden, and a further 130,000 people in Scotland pushed into poverty[5].  That is unacceptable.

We do not work to create a fairer Scotland in isolation.  It is through well-established partnerships that we are able to continue making progress in realising our vision of a Fairer Scotland and I would like to thank all the Fairness Pledges that have been made by a number of organisations.

I am confident that the momentum we are building will only increase as we work to meet the statutory targets we have set ourselves so that children in poverty today do not become the parents of children in poverty tomorrow.  We know that, to make the impact we want to see and reverse poverty trends, we must work together and put fairness and equality at the heart of everything we do.

The UN Special Rapporteur said in a lecture in Edinburgh in October: “All of this indicates that Scotland is, at least for now, on a very different trajectory when it comes to the social protection of its population.”  We must continue on this trajectory in order to deliver the fairer Scotland we all seek and the equal Scotland our children deserve to grow up in.