This document sets out how Scotland sees the EU's priorities for the period ahead. It explains why these are of vital importance to Scotland and how Scotland can contribute to their delivery. 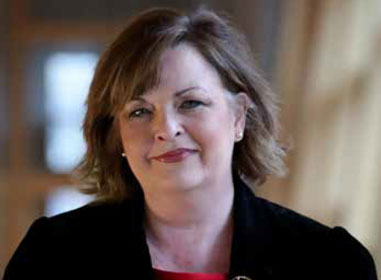 In the first half of the last century, the nations of Europe were devastated by conflict unlike anything seen in human history. Today, those same nations which suffered so greatly are more united than ever. The European Union (EU) represents a continued pursuit of peace, democracy, respect for human rights, the rule of law and equality – values which we believe are integral to our future prosperity and wellbeing. These are values Scotland shares.

The latest phase in the evolution of the EU is beginning to take shape. A new European Parliament has been elected and a new team of European Commissioners have taken office, ready for the task. The new President of the Commission, Ursula von der Leyen, has set out her vision for the period to 2024 and the European Council has agreed broad guidelines for the years ahead. All is to play for in deciding how the European Union will help steer its citizens through turbulent times.

At such pivotal moments in the EU's cycle, Scotland has routinely taken the opportunity to set out its views on the EU's priorities for the years that lie ahead.

These are of course not routine times. The global climate emergency and the rise of isolationist politics pose significant threats to the prosperity of Europe's people. And Scotland has been taken, against its will, out of the EU, the union which exemplifies the internationalist and consensus-based approach which is needed if we are to tackle these twin threats.

The people of Scotland have made very clear, on more than one occasion – including the 2019 UK general election – that they want to continue to be members of the EU. The Scottish Government has made clear that the people of Scotland should have the right to choose their own future. But the reality is that in the meantime Brexit will change radically how Scotland engages with the EU.

But Brexit will not change the EU's importance to Scotland nor our commitment to it. Geographically, Scotland may lie at the edge of Europe but we have always seen ourselves at its heart. Indeed in the Scottish Government's view the best future for Scotland would be as an independent nation and a member of the European Union in its own right.

Scotland will of course benefit as the EU pursues the agendas set out here. But Scotland will also continue to contribute, for example in addressing the global climate emergency, ready to play our part as a responsible, progressive, global and European citizen.