Violence against women and girls, in any form, has no place in our vision for a safe, strong, successful Scotland. It damages health and wellbeing, limits freedom and potential, and is a violation of the most fundamental human rights. The Scottish Government, CoSLA and key partners are committed to preventing and eradicating it once and for all.

This strategy, which was originally published in 2014 and has now been updated, provides a framework to help us do that. It was developed by the Scottish Government and COSLA in association with a wide range of partners from public and third sector organisations. This updated version has been supported by further engagement with children's organisations. We are immensely grateful to all those organisations for their support, and looking forward to working with them in implementing Equally Safe's vision.

Equally Safe is our country's strategy to take action on all forms of violence against women and girls. By this we mean the violent and abusive behaviour carried out predominantly by men directed at women and girls precisely because of their gender. Behaviour that stems from systemic, deep-rooted women's inequality, and which includes domestic abuse, rape, sexual assault, commercial sexual exploitation (like prostitution), and so called 'honour based' violence like female genital mutilation and forced marriage.

Whatever form it takes, violence against women and girls can have both an immediate and long-lasting impact on the women, children and young people directly involved. It is quite simply unacceptable for modern day Scotland and does not reflect the country of equality we aspire to become.

This is not to say that we haven't made progress in recent decades. The work of our partners and a wide range of organisations over many years has placed violence against women and girls firmly on the agenda. Significant investment in services and provision has been made by consecutive Scottish Governments and local authorities. The issue is a priority for Police Scotland and of key importance to statutory agencies who are serious in supporting victims and tackling perpetrators.

However, it is clear that much more needs to be done. We need to eliminate the systemic gender inequality that lies at the root of violence against women and girls, and we need to be bold in how we do that through prioritising a relentless focus on prevention. At the same time, we need to make the best use of resources and drive continuous improvement in ensuring that women and girls at risk of and experiencing violence and abuse receive joined up, effective mainstream and specialist service provision across Scotland.

Each and every area of government and wider society has an important role to play in tackling this issue. Specialist organisations remain key in supporting those affected by violence and abuse of course, but it is not just an issue for them. It needs the engagement of the full range of interests including, local authorities, Police Scotland, the NHS, local authorities, the civil and criminal justice systems, social work, housing, media, the business sector, trade unions, third sector organisations and individuals and communities too.

It is only by working together across every area of Scottish life that we will successfully prevent and eradicate violence against women and girls. This is a strategy that demands major and sustained change from us all so that we can create a Scotland to be proud of, where all our citizens flourish and are Equally Safe. 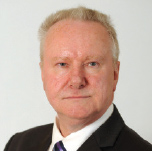