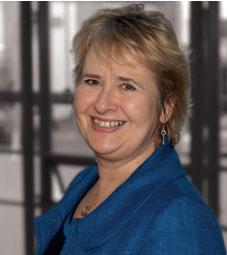 In 2009, the Scottish Parliament passed unanimously the most ambitious climate change legislation anywhere in the world. Seven years on, we are now developing our Third Report on Policies and Proposals, the Climate Change Plan ( CCP), which will take us to 2032. In those seven years, much has changed and we are in a fundamentally different political, economic, social and technological landscape to that of 2009.

In the international context, the UN Paris Agreement, the first global legally binding agreement to limit greenhouse gas emissions, came into force on 4 November 2016, significantly earlier than was anticipated by the international community. We are now seeing extraordinary momentum towards a low carbon future which, although it will not be linear or smooth, appears unstoppable. The COP 22 Marrakech Action Proclamation celebrates this momentum by governments, states, regions, cities and businesses. I had the privilege of attending the 22nd Conference of the Parties ( COP 22) in Marrakech and was proud that Patricia Espinosa, the Executive Secretary of the United Nations, recognised the 'great achievement' of Scotland exceeding its 2020 emissions reduction target six years early. Closer to home, Lord Deben, the Chair of the Committee on Climate Change, has also stated that 'there is no doubt that Scotland is certainly doing better than any other part of the United Kingdom'.

While the UN climate change processes provide us with much-needed confidence at the global level, many people have expressed fears about the potential impact of the UK's damaging Brexit vote on the climate change agenda. One major concern is a potential hampering of climate ambition. It is a concern we share, but we will not be deterred. In this document, the Scottish Government continues its ambitious plans to lower emissions while supporting others to lower theirs.

We need an emissions reduction plan which takes explicit account of such uncertainties, while maximising the opportunities for Scotland and protecting our domestic economy. In charting the course for this draft CCP, we have been helped by a robust evidence base and modelling framework. For the first time since the 2009 legislation, we have made use of an international standard for modelling of greenhouse gas emission reductions and energy issues (' TIMES') which has been calibrated with Scottish data and sector intelligence. This model confirms that the targets are achievable, though they are demanding. The model has helped us decide how best to reduce emissions across the whole economy, using a pathway broken down into carbon envelopes, or budgets, for each major sector. Each sector's carbon needs are now interlinked in the modelling. If one sector over or under-performs against our expectations, we can now model the knock-on impact on emissions savings required from the other sectors of the economy in the future.

There are different emission reduction pathways that could be followed, but my Cabinet colleagues and I have selected the path that we believe is the most beneficial to the people of Scotland. In making this choice, we have considered emerging technologies, issues of delivery, costs and disruption. We have considered the steps required to prevent industries moving away from Scotland if our carbon constraints are perceived to be too tight versus competing economies, leading to 'carbon leakage'. We have also considered the economic opportunities that should emerge from being at the forefront of innovative business practice.

We have also benefited from the parallel development of the Scottish Government's first Energy Strategy, a companion to the CCP. The Energy Strategy explores questions that are key to successful decarbonisation - the supply of safe, clean, reliable and affordable energy that will both underpin the Scottish economy and contribute to the wellbeing of our society. Both the Energy Strategy and the CCP are rooted in the ambition and vision of Scotland's Economic Strategy. The actions in these documents are designed to boost productivity and secure competitive advantage, protect and preserve our environment and deliver inclusive growth.

In the 2030s we expect to see dramatic reductions in emissions from buildings - both residential and non-domestic - through energy efficiency measures and the decarbonisation of heat. In electricity generation we expect to have almost entirely decarbonised by 2025 through a mix of energy generation technologies, with negative emissions (achieved via the use of carbon capture and storage and gas from plant material and biomass waste) from the late 2020s onwards. We will increasingly rely on electricity to heat our homes and power our vehicles.

For the industrial sector, our plans are broadly consistent with existing EU and UK regulatory frameworks for industrial emissions with a fall of around 19% by 2032 due to a combination of fuel diversification, cost saving energy efficiency and heat recovery, and emissions trading.

Transport emissions will have reduced by around a third by 2032, through the wide-scale uptake of low carbon vehicles, enhanced freight logistics and measures such as low emission zones.

Reducing greenhouse gas emissions from waste continues to be a good news story for Scotland and the landfilling of biodegradable municipal waste will be phased out, ahead of the statutory ban that applies from 2021. By 2030 we expect to be in tandem with the UN Sustainable Development Goals to reduce food waste by 50% and, in the longer term, we aim to be delivering emissions reductions through a circular economy approach in our business and industry sectors by 2050.

Our ambition for agriculture is for Scotland to be among the lowest carbon and most efficient food producers in the world. Our agricultural emissions will decline over time through efficiency measures and a focus on low carbon produce. We will also drive up peatland restoration and woodland planting rates to increase our natural carbon sinks.

To achieve these transformations, we have developed policies and proposals in the context of the Scottish Government's wider objectives to create a dynamic, sustainable and inclusive economy. This is a huge opportunity - setting a course that will modernise and transform the economy over the next 15 years while setting us up for almost complete decarbonisation by 2050. This long-term approach enables investors, businesses, communities and households to plan changes well in advance, while realising other important benefits - including improved air quality as a result of the widespread use of low carbon vehicles and enhanced biodiversity generated by peatland restoration.

Importantly, the transition away from fossil fuels in transport, heating and electricity generation, coupled with our promotion of the circular economy, provides Scottish businesses and the research community with extensive opportunities to innovate, and with the support of our enterprise agencies, to export those innovations more widely.

While we acknowledge that such transformation will inevitably involve some difficult choices, we are committed to working with business leaders and others to co-design policies and proposals which maximise commercial, export and job opportunities. Our Scottish Energy Efficiency Programme, for example, will support thousands of jobs across Scotland, creating a substantial Scottish market and supply chain for energy efficiency and renewable heat services and technologies and related expertise which is transferable to international markets. Millions of pounds should be saved in fuel bills, money which could be recycled into local economies thus regenerating our communities and the public spaces at their heart.

Most importantly, the outcomes and associated actions in the CCP must be supported and owned by the people of Scotland. We know that the majority of people don't discuss climate change on a regular basis although many are actively involved in climate friendly behaviours at home, work or in their communities. However, in implementing this Plan, we will touch on the lives of everyone in Scotland: on the way we travel and move our goods around; the way we heat our homes and buildings; the way we manage our land and produce food; the jobs and training opportunities to which we will have access; the new energy infrastructure we will need; and the way this all builds Scotland's economic capacity and competitiveness.

We have been encouraging communities in Scotland to talk about these issues in a number of different ways - through the Climate Challenge Fund and the Climate Conversations to name just two. I am determined that these conversations continue, and that everyone in Scotland will have a role in shaping our low carbon future.

This draft Climate Change Plan is being laid in the Scottish Parliament for a scrutiny period of 60 days. My Ministerial colleagues and I look forward to the forthcoming analysis by the Parliament, and receiving the resultant committee reports in due course. We will give those reports full consideration when publishing the final Climate Change Plan.