When we published Developing the Young Workforce (DYW) - Scotland's Youth Unemployment Strategy in December 2015, we made a commitment to report annually on the progress of its implementation over its seven year life span.

The DYW programme has eleven Key Performance Indicators (KPIs) which underpin the programme in terms of areas where we are focusing on improvement. Established at the programme’s outset were deliberately ambitious. We were clear that implementation would require significant changes to how young people, practitioners, schools, colleges, training providers and employers behave and interact. The programme also required the collective support of a number of public bodies and organisations to provide further detail on each measure.

Alongside the programme’s KPIs, a number of milestones were identified for each part of the system to demonstrate what we might expect to change each year. The table overleaf lists our progress to date against these eleven areas.

Looking ahead, we are developing a programme-wide evaluation of DYW. This evaluation will involve both formative (process) and summative (outcome) aspects, offering opportunities for evidence-based practice improvement alongside an evaluation of DYW’s impacts.

The evaluation will commence with a structuring phase. Drawing on our logic model of impact, DYW outcomes will be prioritised and the output of each used to develop a series of questions which will guide all subsequent stages of the evaluation.

The formative evaluation activity will lead us onto the summative programme-wide evaluation. This will include evidence mapping exercises, workshops with key stakeholders, attribution analysis, and thematic case studies.

The programme-wide evaluation will complement smaller scale evaluation activities to be undertaken within each DYW Change Theme.

We will provide an update on this activity in the next annual progress report, and commit to reporting on this between now and 2021. 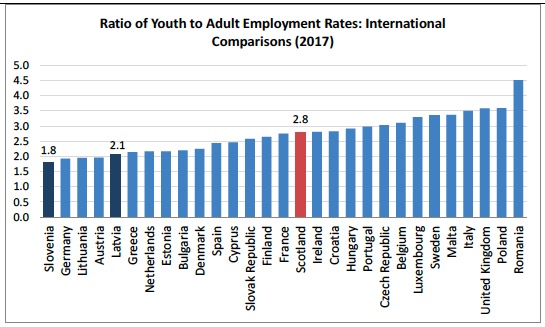 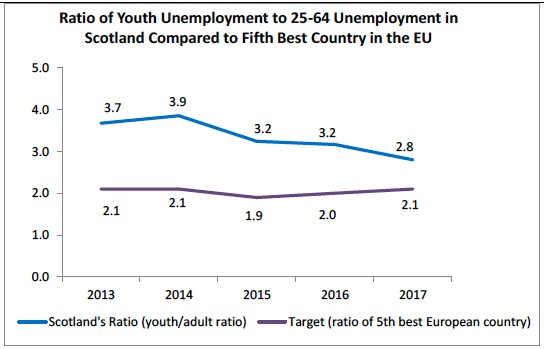 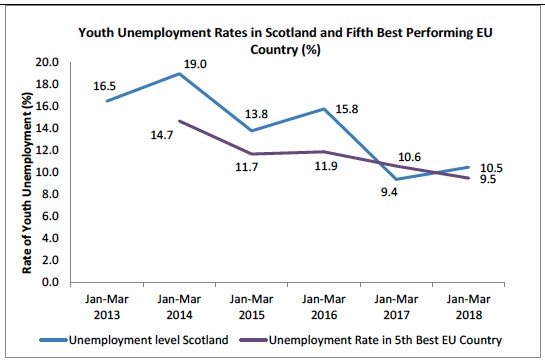 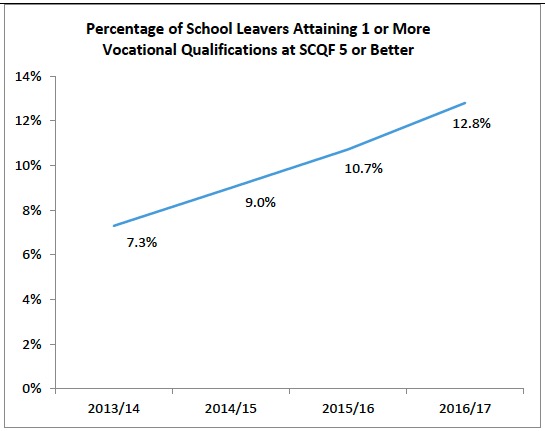 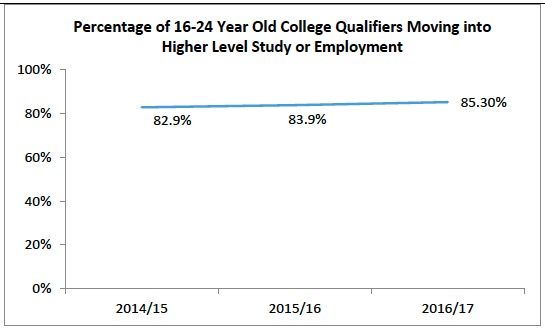 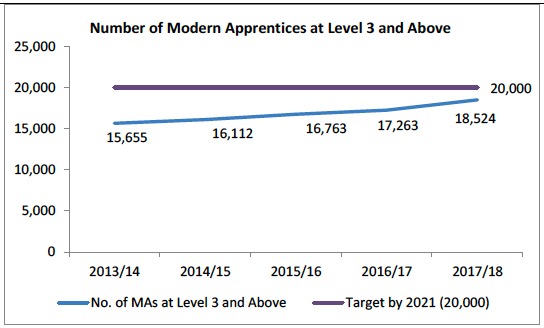 To reduce to 60 per cent the percentage of Modern Apprenticeship frameworks[6] where the gender balance is 75:25 or worse by 2021 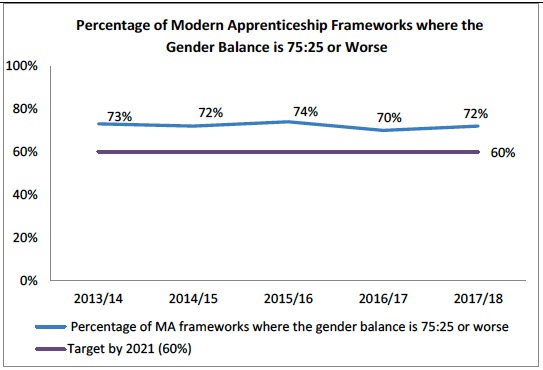 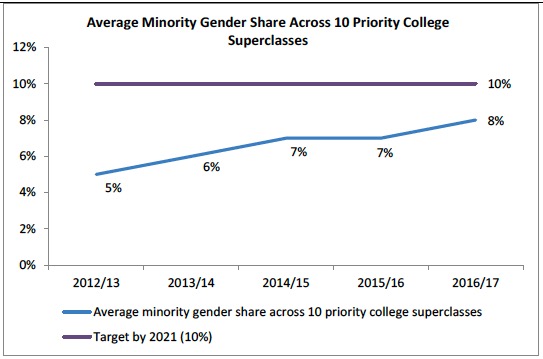 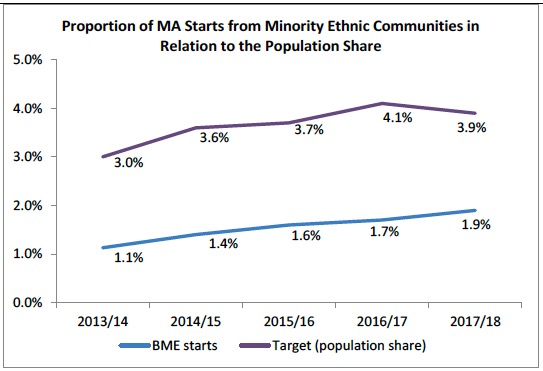 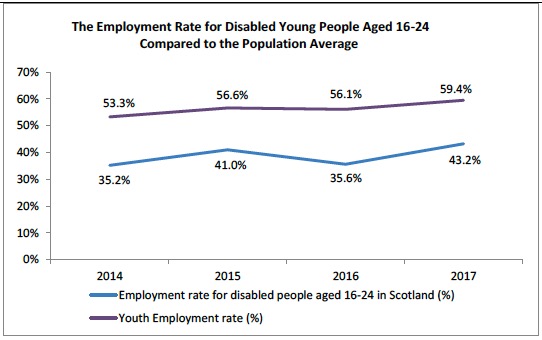 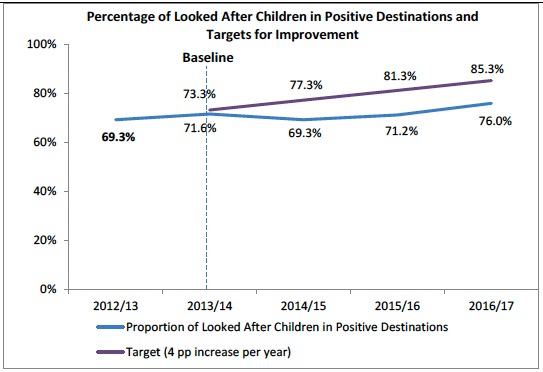