The grades are A to D – with A reflecting that surfaces are free from detritus (the standard) and D that surfaces are obscured or at high risk of hazard caused by detritus. A body should be able to justify its grades and have evidence to prove that it is fulfilling its duty/ies.

Bodies should draw on the following photographed examples to assess their roads. These grades should be used when monitoring. 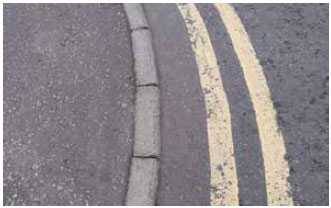 Road is free from detritus 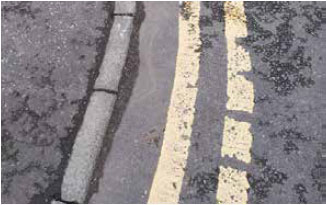 A slight presence of detritus on roads and gullies 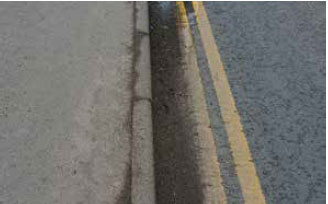 A significant presence of detritus on roads and gullies 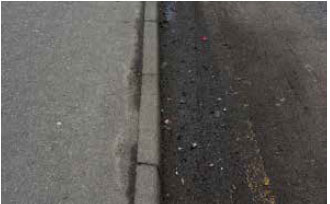 Further advice and high resolution photographs can be found at
www.zerowastescotland.org.uk/COPLAR

Regular sweeping and maintenance schedules should be prepared by the bodies to allow the duty to be met. This approach can prevent small problems from escalating and ultimately becoming more expensive to fix. For example, regular removal of detritus will prevent difficult to remove build-up of materials and will also prevent other maintenance issues such as weed growth.

Where a hard surface of a road ends without a clear edge, for example a grass verge alongside a road, a logical judgement as to its definitive edge should be made. It should be regarded as good practice to cut back or remove any surface vegetation that infringes upon any hard surface of the road.

The tactics to support detritus-free roads should be deployed regularly to prevent small accumulations from becoming more significant, and expensive, problems to address.

Further advice can be obtained from Zero Waste Scotland
www.zerowastescotland.org.uk/COPLAR

The scale of detritus accumulations can be reduced through regular sweeping and maintenance. However, it cannot be reduced by influencing people as is the case for litter and refuse. Therefore there is a single set of response times

Special considerations are outlined within 3.2.

For example, this means that when a category 1 zone is of a D grade it should be restored to an A within one day.

The response times reflect the ongoing need for sweeping and maintenance in order to meet the standard.

Further advice can be obtained from Zero Waste Scotland
www.zerowastescotland.org.uk/COPLAR