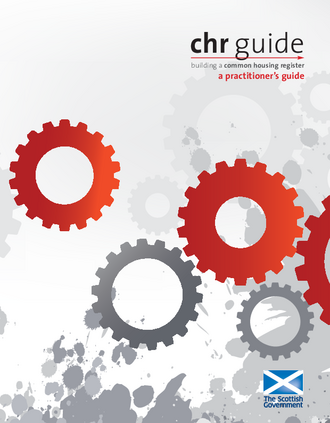 Traditional and 'Choice Based' Application Systems

There are two broad approaches to the application and allocation process in Scotland. Traditionally landlords have used a landlord led approach. This means that the applicant applies for housing, giving broad indications of their choices, and then the landlord assesses their housing need. The applicant then waits to see if they receive an offer from the landlord.

Increasingly, landlords have been moving towards an applicant led approach - often known as Choice Based Lettings ( CBL). This means that the applicant provides some information and is categorised according to their housing need, usually using a banding system with categories such as a gold, silver and bronze. The applicant then regularly checks what homes become available, and decides which homes to register an interest in. This requires the applicant to be more proactive in their search for housing, and can mean that applicants become more discerning in their choices as they gain a more realistic understanding of their housing options.

How can a CHR run with CBL?

CBL can operate effectively within a CHR. Commonality within the CHR is key to developing and implementing a choice based system. The more commonality there is, in terms of information required from applicants, processes for administration, and policies for assessing housing need or medical issues, the easier it will be to develop CBL. The previous chapter discussed commonality in more depth.

CBL represents a significantly different way of working and it is essential that suitable training and support is provided. Equally, having several landlords adopt CBL over a relatively short period of time will be challenging and will require strong support and project management.

It is also essentially that applicants are sufficiently aware of what CBL will mean for them. The introduction of CBL needs to be publicised and good information and advice on how CBL will operate provided. Where different lettings systems will operate within a CHR area it is particularly important that applicants are aware of the distinction and what is required under the different systems.

Example: Rolling out CBL within a CHR

When the CHR began to be developed in Edinburgh, the Council was already planning to move to CBL. The CHR ICT system has been developed as part of the wider system within the Council. So, from the very beginning, the CHR was developed in a way that supported CBL.

The Council launched CBL at the same time as the CHR went live in 2003. In 2008, a further 12 landlords moved to CBL. At the same time, eight landlords within the CHR moved to a harmonised assessment of needs.

The shift towards Choice Based Lettings within EdIndex

As part of their business planning process partners held a development day in 2006 to discuss future plans for the CHR. By then the CHR and CBL were well established, although only the Council was using CBL at that time in Edinburgh. Some partners were already interested in CBL, and all partners agreed that having 21 different allocations systems was making the ICT complex, and was potentially confusing for applicants. It was agreed that two working groups should be established to explore harmonisation assessment of need for those wishing to continue with traditional approaches to lettings and another to further explore the opportunity for more landlords to go down the CBL route instead.

The fact that CBL was already being operated within the CHR, and the Council already had the ICT and administrative arrangements well established were important considerations for partners in thinking about moving to CBL. The Council was also meeting the majority of the costs. CBL offered what one partner described as "an existing solution" to simplifying the lettings approaches. The Council actively worked to support other landlords use the system that was already operating effectively for them.

Following a successful pilot, four landlords adopted CBL in 2008 and there was a phased approach to bringing the others on board with CBL. The Council and twelve other landlords are now operating CBL in Edinburgh.

Individual landlords wanted to keep control over their own allocation priorities. CBL is very much seen by the partners as a different system for identifying applicants rather than making all organisations allocate their properties in the same way.

Partners feel that having CBL didn't really affect the CHR model they have adopted:

"It is quite possible to implement a CHR and CBL at the same time without one dictating the other."

Example: Practical experience of using CBL in a small CHR

In East Lothian, two local landlords (East Lothian Housing Association ( ELHA) and Homes for Life Housing Partnership (HfL)) have developed a CHR based on the Homehunt Choice Based system. The CHR partners feel that the system has been operating well and that it is not difficult to make CBL work within a CHR.

"There's no doubt that CBL and CHRs can work well together."

Partners feel that there are both challenges and benefits to adopting CBL within your CHR. One drawback they have found is that CBL can only provide information on need in areas where they have stock and sufficient turnover. Where they have no presence they are reliant on information from the Council list. However, information on demand is building up over time. Development partners have started looking for information on how many applicants are choosing particular areas and what types of homes they are looking for.

Although increased time has been invested in advertising and publicity, adopting CBL has reduced the level of administration despite a major increase in the number of applications from around 680 applicants on the list to typically having around 3,500 live applications.

One of the main advantages of adopting CBL and a CHR is increasing applicant access to more properties. Because East Lothian is such a high demand area partners believe that most applicants are on both the Homehunt system and the Council list. The landlords are now proposing to operate a joint Mutual Exchange list (whereby tenants can swap property with another tenant) in which East Lothian Council has expressed an interest in participating.

How to manage different application processes

Examples across Scotland show that CHRs can work where some of the partners use an applicant led or choice based system. Key to the process is strong partnership and good communication among landlords that are operating different application processes.

Partners need to keep the overall purpose and objectives for the CHR very much in mind as they try to negotiate any stumbling-blocks which result from operating multiple application processes. Partners need to make sure that the perspective of the applicant is foremost and find solutions that make the application process as straightforward as possible.

All partners in Aberdeenshire and Moray are equal in terms of the decision making process but different partners use the Apply4Homes system in slightly different ways. None of the partners were using CBL when the CHR began to be developed but now two, Castlehill and Tenants First, use the Homehunt lettings system.

Integrating CBL has never been seen as a major difficulty and has not influenced decision making at a strategic level, although it was very important that Apply4homes could accommodate CBL. The partnership was strong enough that CBL could be openly discussed and accommodated.

"The beauty of what we are doing is that it can accommodate a range of perspectives and approaches to housing - people do not have to use the same application process or allocations policy."

In many ways, it has been simpler to accommodate landlords using CBL than those using traditional approaches to lettings. Those using CBL need less information for applicants initially, which means they do not have unique or specific questions to cover in the application.

There was also a sense that involving landlords using CBL has had a positive impact on the work to rationalise the application form:

"[ RSLs using CBL] have really brought a challenging role to the group. They will say: 'if answering a question isn't going to help you allocate points, then why are you asking it?'."

Where some partners are keen to move to a choice based system the CHR partnership should explore how this can be accommodated within the CHR. While some CHRs have worked to accommodate differences including setting up short term arrangements to ensure that partners using CBL can continue within the CHR, others have not accommodated CBL, leading to tensions and considerable frustration.

Partners may hold different views on the benefits of CBL. But where there is significant support for a switch to CBL it is important to explore the different options available and consider the implications of them within the CHR.

Partners in Midlothian launched their common application form in February 2008. Following its launch, Castle Rock Edinvar Housing Association, which operates across a number of local authority areas, and is part of the wider Places for People group, made the decision to move to a CBL system. This meant that they required different information from applicants, and the common form no longer gathered everything they needed.

As a short-term measure, the partners agreed to continue with the common form. Applicants who were interested in Castle Rock Edinvar were asked to fill in the common form, and then a separate choice-based letting registration pack.

In the long term, the partners wish to adapt the common application form to gather the information that Castle Rock Edinvar needs to register applicants on the choice-based system. These changes will be agreed and made at the same time as some minor adaptations to the form when it is reprinted in 2009.

Example: Challenges to integrating CBL within the CHR

Homechoice, the CHR for Aberdeen, went live in 2000 but effectively stopped operating in 2007. At the time of launch no partners were using CBL but once it was up and running Castlehill Housing Association and Tenants First Housing Co-operative became interested in CBL, and began discussions with the partners to see how the system could accommodate it.

A six-month pilot ran in 2004 and 2005 to test how CBL might be integrated into the CHR. Four landlords were involved in four areas of the City. Properties were advertised online, in the Options Shop and in a city newspaper that was mailed out to applicants. The scheme was seen as being popular, and led to the allocation of a wide range of different stock. The ICT system cost £93k to run the pilot but the evaluation of the pilot identified the need to further develop the ICT system to support CBL properly.

However, partners feel that it was differences in view on the benefits of CBL for applicants and on the implications for the operation of Homechoice which contributed to the withdrawal of landlords from the CHR. On reflection, most partners believe CBL could have been integrated and operated within Homechoice effectively. There is a belief that CBL is not that different to more traditional approaches to allocations in that you need many of the same elements from a CHR. The key differences are around advertising and promotion.

"In reality, Choice Based Lettings could have been accommodated."