Participants filled in time use diaries detailing their daily activities. The main activities analysed in this report include the following:

The data was analysed to determine where different groups exhibited different average daily time use. It reports significant variations in time use that emerge in relation to differences in gender, age, disability and income. Data from the same survey concerning the rest of the UK and time use data from 2000-01 is used for comparison where relevant.

Average time use depends on two factors: the number of people participating in an activity on a given day and the amount of time spent participating in that activity. These factors are combined to give a figure for average time use for the population group. Activities that everyone participates in for a short time may look similar to activities that are very time consuming for a smaller sub-group of people. The following example illustrates this. Based on the survey data, on a randomly selected day, only 24% of women would be predicted to be spending time on childcare. The other 76% of women in the sample would not be participating in childcare on that day, which may be a result of, for example, not having children or having children who have left home.

In terms of gender differences, the principal findings are:

Figure 1: Average Time Use per day by Gender for Selected Activities[2] 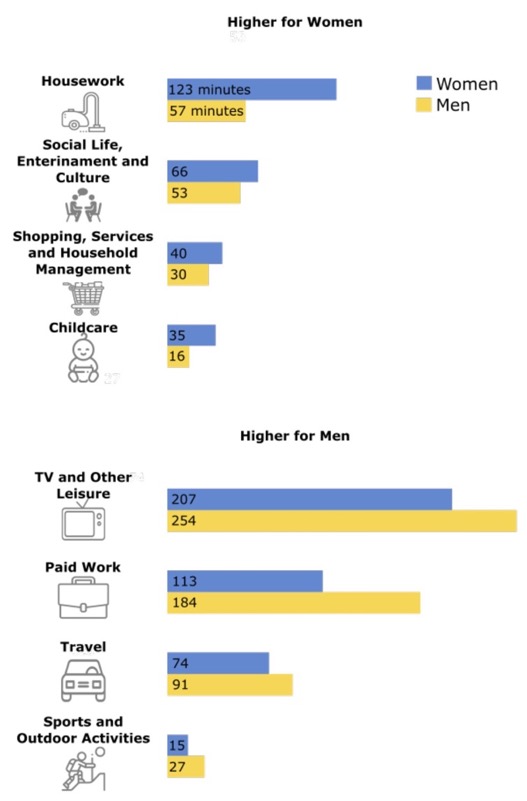 Figure 2: Clarification on Time Use and Childcare 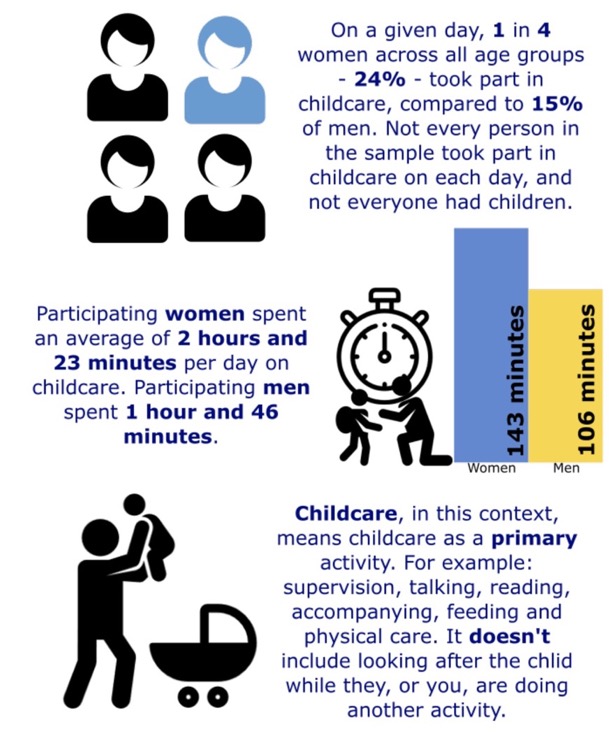 Figure 3: Average Time Use per day by Gender and Age on Selected Activities[3] 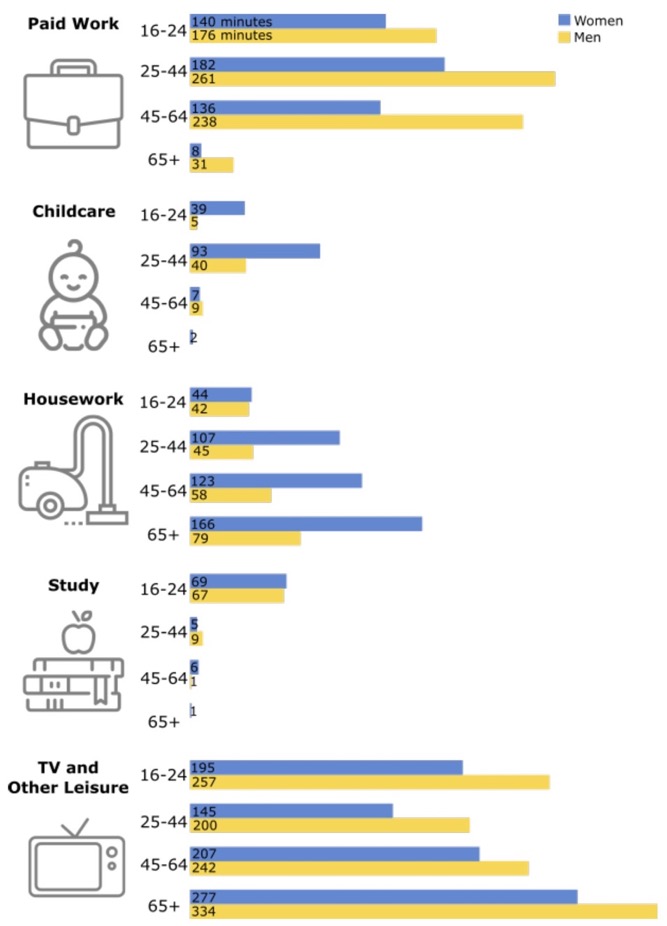